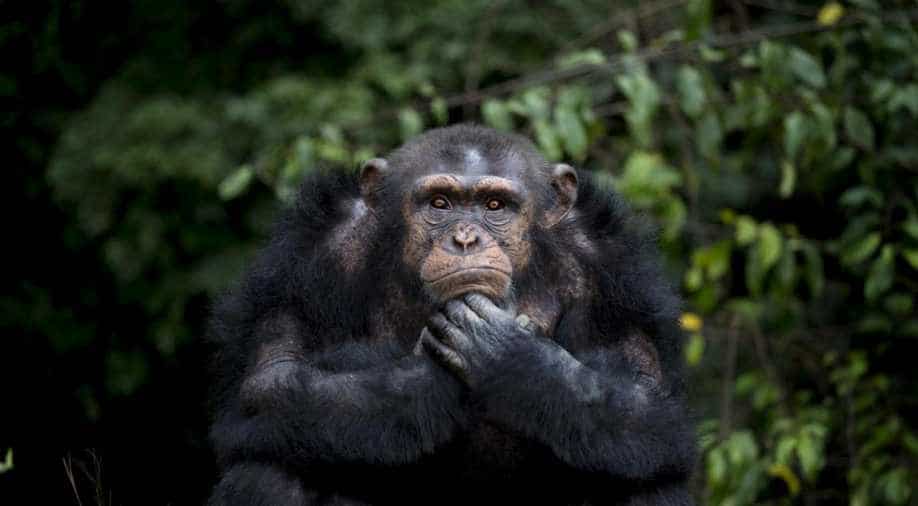 The study published in the journal 'Biology Letters' used video recordings collected at Edinburgh Zoo in Scotland and Leipzig Zoo in Germany as well as recordings of wild apes in Uganda.

Human speech evolved from chimpanzee "lip smacking", a new study by UK scientists has concluded after drawing a connection between the rhythm of the lip-smacks and spoken language.

A consortium of researchers led by the University of Warwick found that the rhythm of chimpanzee lip-smacks exhibit a speech-like signature after studying two captive and two wild populations of chimpanzees.

The study published in the journal 'Biology Letters' used video recordings collected at Edinburgh Zoo in Scotland and Leipzig Zoo in Germany as well as recordings of wild apes in Uganda.

"Our results prove that spoken language was pulled together within our ancestral lineage using 'ingredients' that were already available and in use by other primates and hominids," said Dr Adriano Lameira, from the Department of Psychology at the University of Warwick.

"This dispels much of the scientific enigma that language evolution has represented so far. We can also be reassured that our ignorance has been partly a consequence of our huge underestimation of the vocal and cognitive capacities of our great ape cousins," he said.

In all languages people open and shut their mouths between two and seven times a second, which seems to be a key facet of communication in every language. The latest research, captured in a paper entitled "Chimpanzee lip-smacks confirm primate continuity for speech-rhythm evolution', adds to similar results seen in other apes.

"Orangutans babble, gibbons sing " all with this rhythm," said Lameira.

He and his colleagues argue that this implies we inherited the trait from a common ancestor. And while most descendants use it as a general form of interaction, one particular ape added more complex sounds and grammar and it became language. It shows that to speak humans appropriated this animal instinct, which helps with understanding how speech came to be.

The latest findings support the hypothesis that speech recruited ancient primate rhythmic signals and suggest that multi-site studies may still reveal new windows of understanding about these signals' use and production along the evolutionary timeline of speech.

Jeff Bezos to hand over Amazon CEO reins on July 5