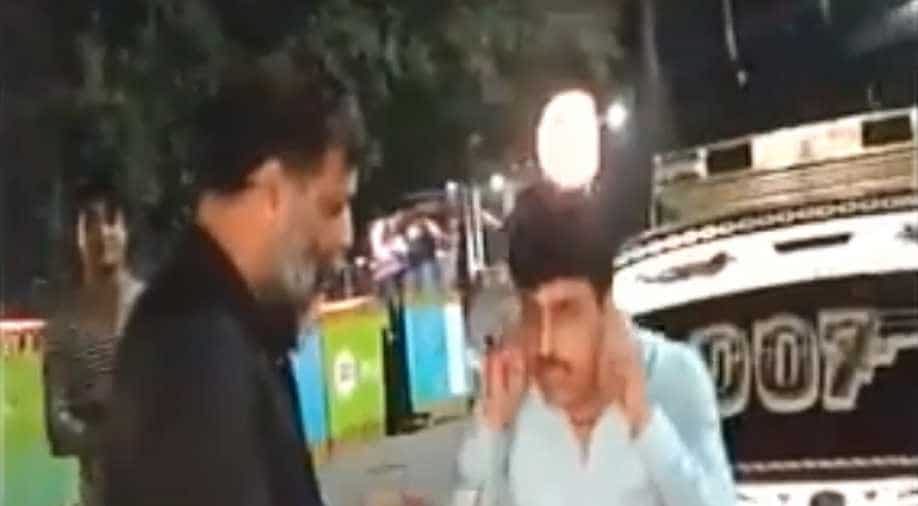 Maharashtra Navnirman Sena (MNS) leader Nitin Nandgokar made a cab driver do sit-ups outside Mumbai airport for not carrying his badge or wearing a uniform.

On Facebook, Nitin Nandgokar shared the video of himself making the driver do sit-ups.

He wrote on Facebook that public safety was in danger since illegal taxi and auto drivers who did not have registered batches and uniforms were plying on the roads because the police was letting them off for a petty amount.

He wrote on Facebook: Public safety in danger as there are illegal taxi and auto drivers who don't have registered batches and uniforms. They are getting this freedom as police and RTO police is allowing them for just a petty amount. If from now onwards any such drivers are caught without uniforms or batches then be ready for the circumstances from my side as a Maharashtra sainik.

Asked about making the cab driver do sit-ups, the MNS leader told ANI that he did what he felt was "suitable".

"I saw a taxi driver at the Mumbai airport without his driver uniform and badge. I told him that he should operate legally. At that point, I did what I felt what was suitable," the MNS leader said.