Watch: Fire breaks out at Metro hospital in Noida; several trapped inside 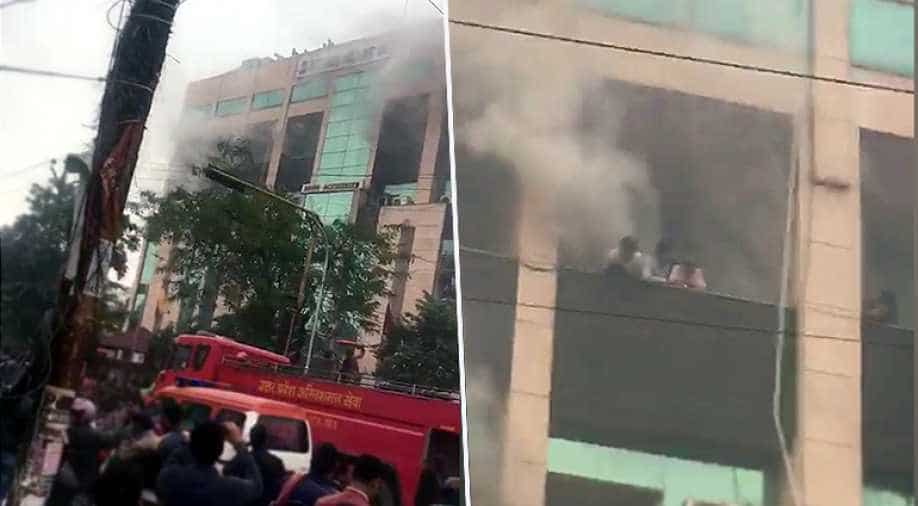 Fire breaks out at Metro hospital in Noida Photograph:( WION )

A major fire broke out at Metro Hospital in Noida's sector-12 on Thursday afternoon.

Fire tenders were rushed to the spot. There have been no reports of any casualties.

Dr Purushottam Lal working in the hospital said the fire started in the second floor of the hospital.

"We are ascertaining the cause of the fire; all patients have been rescued and no casualty or injury has occurred in the incident," he added.

About 30-35 patients were rescued and shifted to local hospitals, said Vaibhav Krishna, senior superintendent of police, Gautam Buddha Nagar.
Four fire tenders were rushed to the spot and the situation is "now under control", Krishna told PTI.

Thick smoke could be seen billowing out of the hospital with people standing on ledges in balconies as rescuers tried to reach them by breaking window panes.

Staffers tried to help patients out of the building in Noida, on the outskirts of the national capital.