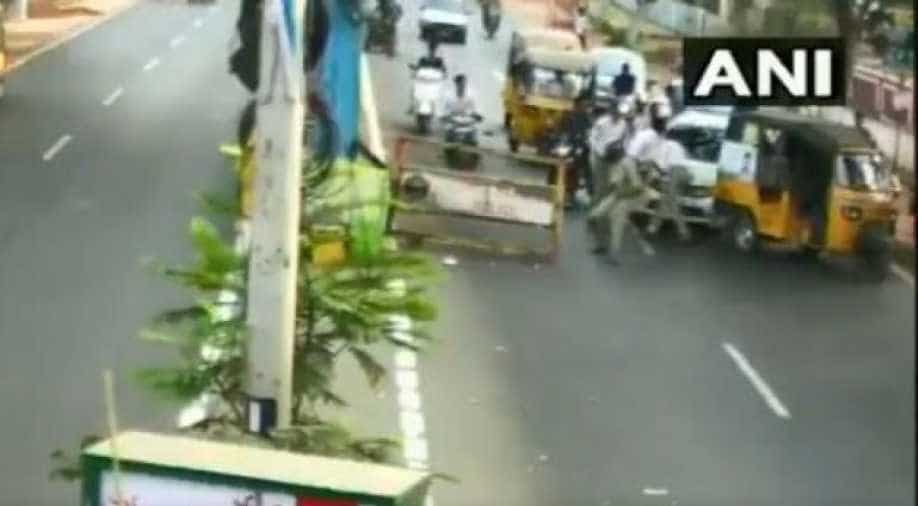 The injured police officials are being treated at the nearest hospital. The accused has been arrested

A video posted by a leading national news agency shows a drunk driver running over a policeman. The incident took place in Andhra Pradesh's Kakinada where the local traffic police were busy checking for traffic violations on Sunday morning.

One of the policemen tried stopping a man driving a Celerio, the driver refused to budge and tried speeding away injuring two traffic policeman.

#WATCH: Youth stopped for checking by policemen at a checkpoint in Kakinada, tried to escape after running over them, allegedly in an inebriated condition. Accused arrested. Two policemen injured #AndhraPradesh (25.03.18) pic.twitter.com/AnrB75lZsP

In the video, at least four cops are seen struggling to stop the car, while another one tries to put a barricade in front of the vehicle. The allegedly drunk driver accelerates, hits the barricade and runs over a traffic police official.

According to ANI, the injured police officials are being treated at the nearest hospital. The accused has been arrested.