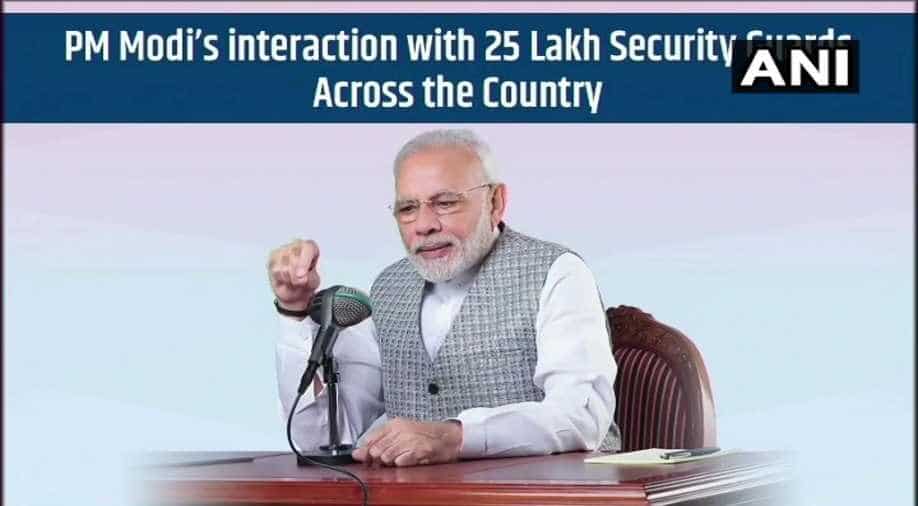 PM Modi in interaction with security guards across the country Photograph:( ANI )

Modi said maximum languages across the world have understood the word ' Chowkidaar '.

Prime Minister Narendra Modi on Wednesday said the term Chowkidaar (Watchman) has become so popular after he added the prefix to his Twitter account and launched  'Main bhi Chowkidaar' campaign ahead of upcoming Lok Sabha elections.

Having a wonderful interaction with Chowkidars from across India. Join. https://t.co/UWeyAVtOIH

''Today every Indian is saying 'Main bhi Chowkidaar,'' Modi said during an interaction with security guards across the country.

''You must have noticed that these days everywhere it is you who is being discussed, be it TV or social media, be it in India or abroad,'' added.

''I want to apologise as some people in last few months for their vested interests have run a disinformation campaign against 'chowkidaars'. It is unfortunate that language of these people has hurt you,'' he said.

Modi said maximum languages across the world have understood the word 'Chowkidaar'.

''It seems as if they all have accepted it in their vocabulary,'' Modi added.