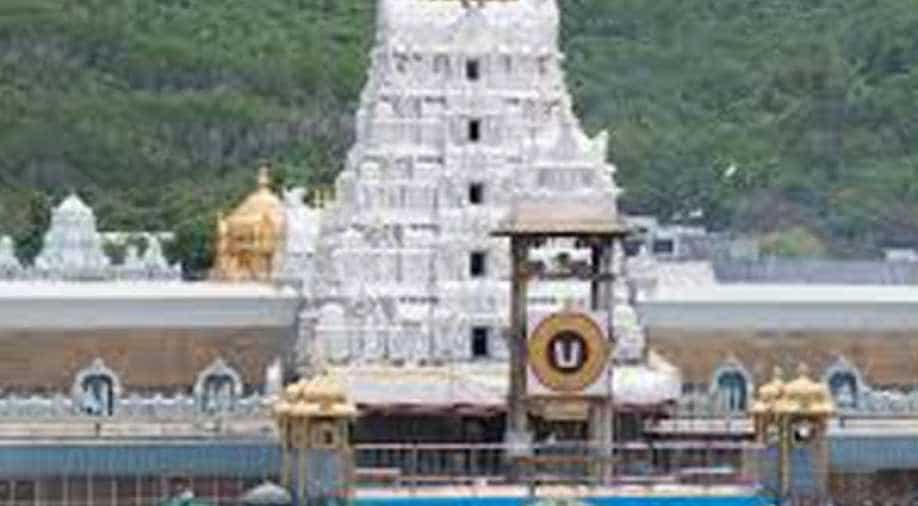 In Los Angeles, a church has sent over a dozen of its workers on leave without pay. At. Andrew Catholic church said there was no income to pay the employees. Churches in New York too have had to furlough workers.

The pandemic has left global economy bleeding. Cost-cutting has become the survival trick in the lockdown era. Governments, businesses, individuals tightly holding on to their wallets. The exercise has even gone beyond the mortal realm. Now, gods are worried. Temples are closed. Donation boxes are empty. Collection plates have no money. In short, there is economic tension in the sky.

The gods held an urgent meeting and decided on cost-cutting. India's richest temple wasted no time in following the order. The Tirupati Balaji temple let go of its 1,300 contractual workers after their contract ended on April 30th as the temple board did not renew it.

It said there was neither time for a meeting nor was there any work for the workers. Now the sanitation workers are jobless. The temple cannot do much despite possessing wealth worth $ 20 billion.

The 2,000-year-old temple is India's richest and located at South Indian state of Andhra Pradesh. It attracts at least 40,000 visitors daily. The temple makes $ 11 million a year by selling laddus alone but its gates have been closed since the March 20th. The temple now finds itself making some tough decisions. The Tirupati temple is not alone.

In Los Angeles, a church has sent over a dozen of its workers on leave without pay. At. Andrew Catholic church said there was no income to pay the employees. Churches in New York too have had to furlough workers.

Most of these churches have gone 100% virtual. The story is no different at mosques. Ramzan is their biggest fundraiser but the coronavirus has poured cold water over the holy month. There is no public Friday prayers. Mosques too are battling financial strains. In the United States, some mosques have let go of their staff. Fundraisers are now being held to help the imams.

If this does not spell disaster, what does? If the god's nearest and dearest are losing their jobs.