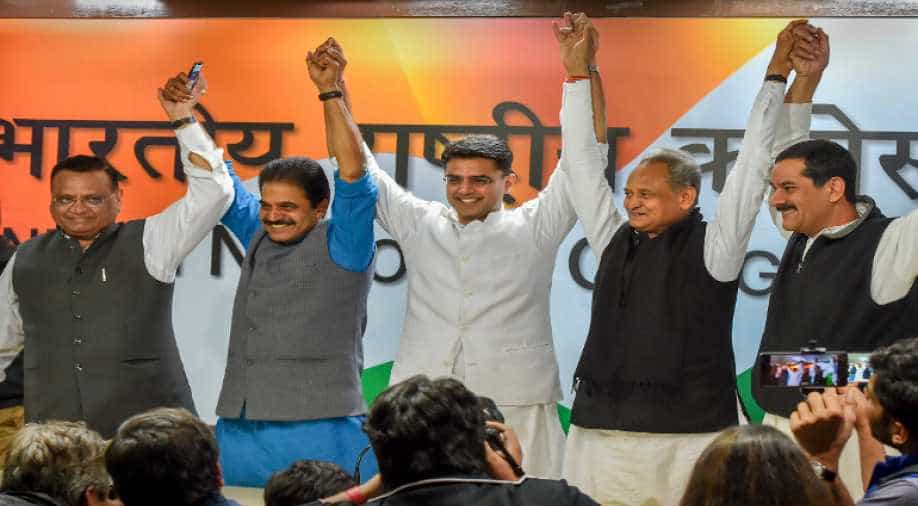 The swearing-in ceremony of Rajasthan cabinet ministers is likely to take place at the Raj Bhawan in Jaipur on Monday.

While the swearing-in of the cabinet ministers in Chhatisgarh and Madhya Pradesh is scheduled for December 25.

According to sources, Gandhi met Rajasthan Chief Minister Ashok Gehlot and his Madhya Pradesh counterpart Kamal Nath in the evening and is learnt to have discussed cabinet formation in their states.

He also spoke with Chhattisgarh Chief Minister Bhupesh Baghel later in the evening.

Rajasthan Deputy Chief Minister Sachin Pilot was among senior party leaders from the three states who were present at the meetings.

The sources said Gandhi will take a final call on cabinet formation.

Swearing-in ceremony of the #Rajasthan cabinet ministers to be held tomorrow at Raj Bhavan in Jaipur.

Swearing-in ceremony of the #Chhattisgarh cabinet ministers to be held on 25 December at Raj Bhavan in Raipur.

The newly appointed chief ministers of the three states took oath on December 17.