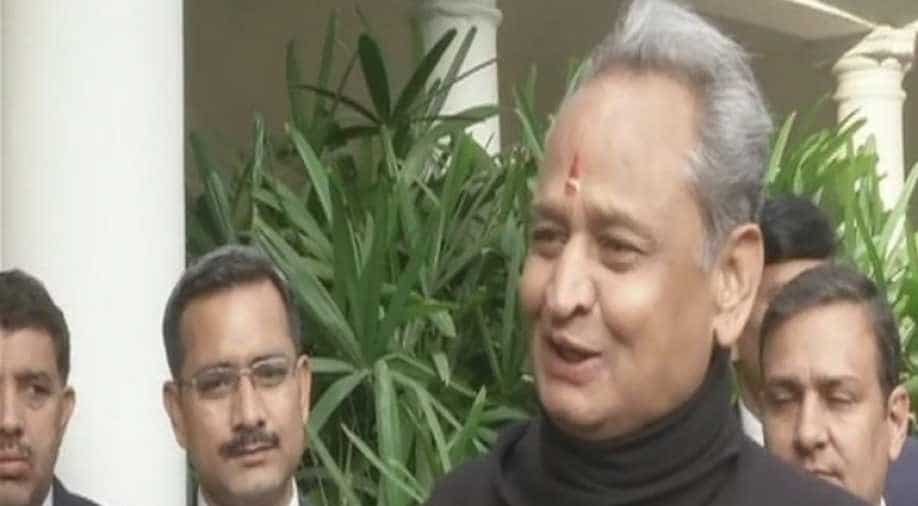 Gehlot said former Congress president Sonia Gandhi had been fighting for reservation for women in Parliament and legislative assemblies.

"In principle, it was decided yesterday to pass a resolution in legislative assembly for 33 per cent reservation for women. Congress president wants that resolution is passed in five Congress-ruled states," Gehlot told reporters outside the assembly.

However, he did not say whether the resolution will be passed in this assembly session.

Gehlot said former Congress president Sonia Gandhi had been fighting for reservation for women in Parliament and legislative assemblies. After a long struggle, the bill was passed in Lok Sabha but it was pending in Rajya Sabha.

Deputy Chief Minister Sachin Pilot said the bill granting reservation to women was introduced in parliament and Congress has been committed to the matter.

He said it is the party's intention to pass a resolution in state assemblies where Congress has formed government.

Though the matter is pending at the Centre, it was discussed yesterday in the state cabinet to form a consensus on it as it was one of the promises in the Congress election manifesto, he added.