Video: Hyderabad man run over by train while taking selfie 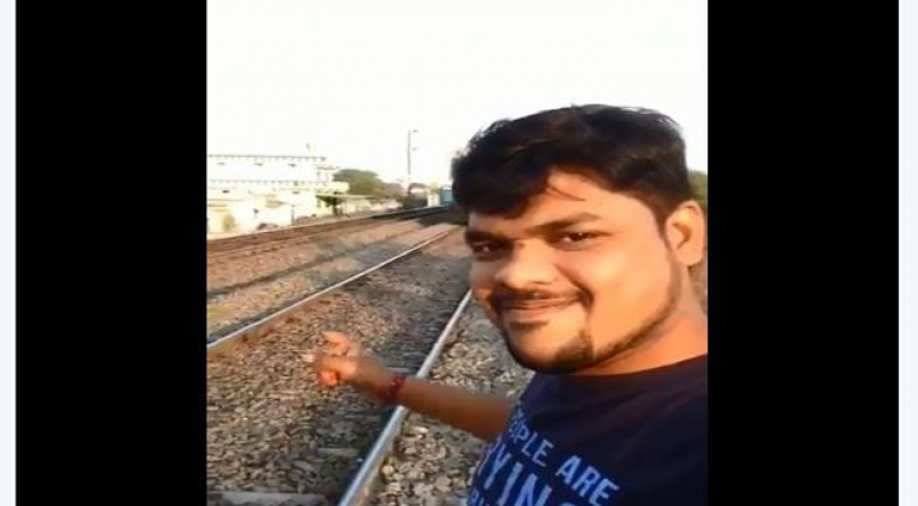 The disturbing video surfaced on Wednesday and was quickly shared on social media Photograph:( Twitter )

A man suffered severe injuries after his bid to take a selfie video with a speeding train in the background went awry.

The man identified as Shiva from Warangal, is seen standing right next to the railway tracks and pointing towards an oncoming speeding train in the video even as people are heard in the background warning him. However, Shiva ignores the warning and is heard saying “one minute” before being hit by the train.

As the train draws up in line with him, Shiva is knocked down and the video ends with a loud noise as people are heard rushing towards him.

The incident took place on Sunday near Bharat Nagar railway station on the outskirts of Hyderabad.

The disturbing video surfaced on Wednesday and was quickly shared on social media, with users describing the stunt as the “height of stupidity”.

Shiva sustained injuries on his head and hands. He was admitted to a private hospital where his condition was said to be stable.