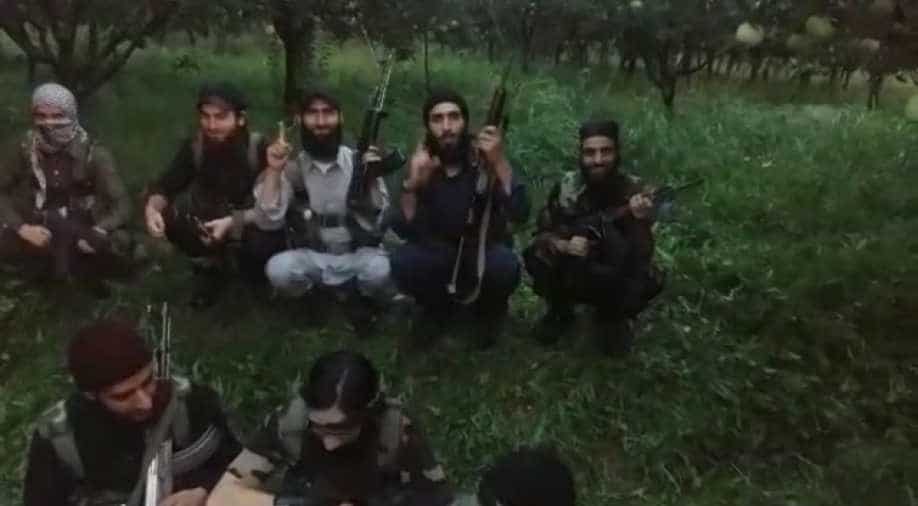 While addressing reporters in Jammu Vaid said that the parents of local militants are appealing to their ward to evade the path of violence and join mainstream society. Photograph:( Others )

The Jammu and Kashmir police has downplayed a report that said there was a rise in the youth joining militancy in the state.

A day after a report by a security agency revealed that in 2017 the number of youth joining militancy had surpassed 100 and reached its highest level in the past six years, J&K police chief SP Vaid nullified the report.

He said that the militancy in the state was not rising and the situation was fast returning to normal.

While addressing reporters in Jammu, SP Vaid said that the parents of local militants are appealing to their ward to evade the path of violence and join mainstream society.

Referring to a team of women players who had arrived from different parts of the country, the top police official said there is no fear prevailing in Jammu and Kashmir.

However, he avoided answering about the number of youth joining militant ranks.

Contrary to his claims, a senior security official had said that the figures were based on the case registered. He added that many parents do not report the matter to the law enforcing agencies due to fear and therefore the actual figures may be even more than this.

A recent report released by a security agency showed 2017 as the year of the highest recruitment of youth in various militant groups.

The rise in the number of young boys joining militancy is linked to the killing of Hizbul Mujahideen terrorist group's youth militant leader Burhan Wani.