IPS Association 'disassociates' itself from UP officer's Ram temple pledge, says 'against our ethos' 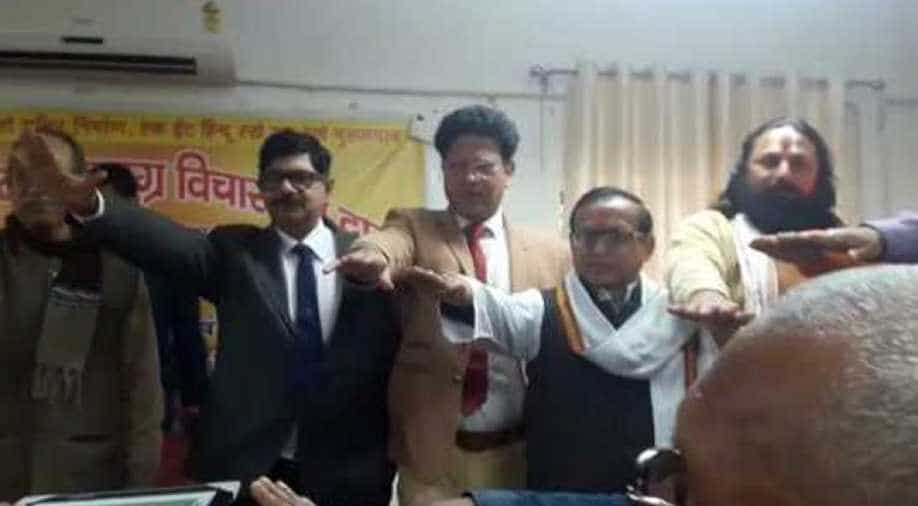 The association condemned the speech and disassociated themselves from the act of the officer. Photograph:(Twitter)
Follow Us

In another embarrassment for the Yogi Adityanath government, a 1982 batch IPS officer and current DG Home Guard Surya Kumar Shukla was seen in a video clip pledging to build the Ram temple in Ayodhya.

The senior police officer pledged to build the temple and raised slogans of ‘Jai Shree Ram’, along with several other people in a room.

Reacting to the video, IPS Association condemned the speech and disassociated themselves from the act of the officer.

The association asserted that it was against the ethos of neutrality, fairness and uprightness that the Indian Police Service stands for.

We disassociate ourselves from the act of a senior #IPS officer as shown in the video & reiterate that it is against the ethos of neutrality, fairness and uprightness that Indian Police Service stands for. pic.twitter.com/PoAxmlFBfL

Meanwhile, clarifying his statement, Shukla stressed that his speech has been misinterpreted.

"I was taking a pledge to create an atmosphere of harmony. The video that has gone viral is an edited version and portions have been deleted deliberately to create mischief," he said, adding, "The matter related more to creating a peaceful environment for the construction of the temple rather than construction itself."

Shukla's statement came days before a three-judge Supreme Court bench headed by the Chief Justice of India Dipak Misra starts final hearings to decide whether a temple to Lord Ram can be built in Ayodhya at the site where the Babri Masjid was razed in 1992.