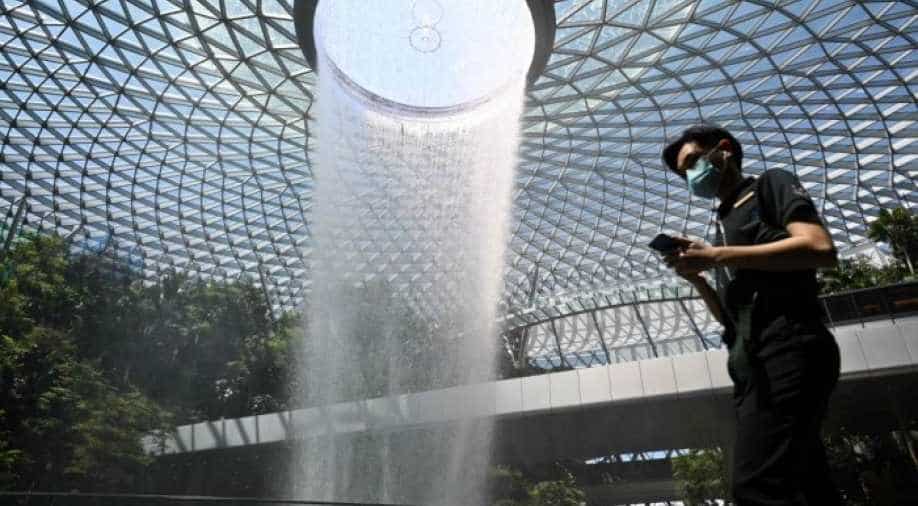 Palanivelu Ramasamy pleaded guilty to one count of breaching his stay-home notice -- a part of the restrictions imposed under measures to control the spread of coronavirus through movements of people.

A Singapore court has sentenced an Indian-origin newspaper vendor to two weeks of imprisonment for breaching his stay-home notice.

Palanivelu Ramasamy pleaded guilty to one count of breaching his stay-home notice -- a part of the restrictions imposed under measures to control the spread of coronavirus through movements of people. He wanted to deliver newspapers to 14 units across eight floors at Goldhill Plaza.

On Wednesday, Ramasamy's lawyer told the court that he had left his house to deliver the newspapers because he received a complaint and wanted to resolve the matter.

However, the judge said Ramasamy's action was "out of a misplaced sense of duty" and asked the lawyer repeatedly if newspaper company Singapore Press Holdings (SPH) would have helped had he asked for assistance.

The court heard that Ramasamy had attended a wedding in India and returned to Singapore on March 21. He was issued a 14-day stay-home notice at the airport.

However, on March 30 -- the ninth day of his stay-home notice -- Ramasamy left his apartment at Towner Road for about two hours and 15 minutes.

The man, who has been a newspaper vendor with SPH since 1985, had been alerted to a complaint about a worker who had not delivered newspapers to his customers at Goldhill Plaza, said defence lawyer Aaron Lee of Allen & Gledhill, who acted pro bono in the case.

This was due to restrictions imposed by the management at Goldhill Plaza arising from the COVID-19 situation. As Ramasamy's worker was not allowed to go up to the office units, he left the newspapers near the mailbox on the ground level instead.

Ramasamy has two workers under him and usually collects newspapers at 4 am and distributes them around the Thomson area in the suburb of Singapore. Instead of asking his workers to deliver the papers, Ramasamy left his flat on March 30 to personally deliver the newspapers. After that, he took a bus to reach home.

Deputy Public Prosecutor Joshua Lim asked for at least two-week jail term for Ramasamy, stating that the government had been very clear about the policies behind stay-home notices, with the media including newspapers publicising these widely. He added Ramasamy had gone to bus stops with high human traffic, students and worshippers at a temple and visited 14 units.

For breaching his stay-home notice, Palanivelu could have been jailed for up to six months, fined up to SGD 10,000 or both.