I will return to my devotees after getting aides out: Asaram audio clip from Jodhpur prison goes viral 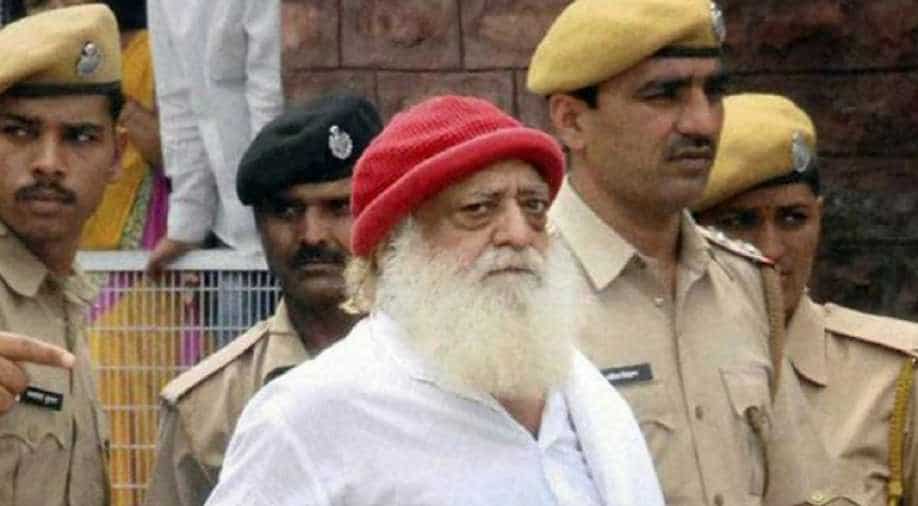 Asaram, in the clip, was also heard saying that he is aware of some eyeing to become the director of the ashram by levelling allegations against him

Self-styled godman Asaram Bapu, who currently serves a life term in Jodhpur jail, was heard talking about his plan his to come out of jail in an online audio clip that went viral yesterday.

The 17-minute-long audio clip had the religious leader talk about his plan to get his aides, Sharad and Shilpi, out first after which he shall also soon join his devotees.

Asaram, in the clip, was also heard saying that he is aware of some people eyeing to become the director of the ashram by levelling allegations against him. He stated that he is a follower of Mahatma Gandhi and that he will not resort to violence.

Asaram expressed his faith in higher judiciary saying that if there is anything amiss, it will be rectified by the higher courts.

The audio clip was shared on a Facebook fan page. Prison officials shared the possibility of a similar conversation to have taken place between Asaram and one of his devotees over a phone call on Friday.

Asaram aides, Sharad and Shilpi, have been sentenced to jail for 20 years.

Nearly five years after rape charges were levelled against Asaram Bapu, the Jodhpur Schedule Caste and Schedule Tribe Court on April 25 awarded life imprisonment to the self-styled godman, while the two other co-accused got a 20-year jail term.

The judgement in the case was pronounced inside the Jodhpur Central Jail. The final arguments in the case were completed on April 7 and the court had kept the order reserved for April 25.

Asaram was arrested in Indore and brought to Jodhpur on September 1, 2013. He has been in judicial custody since then.