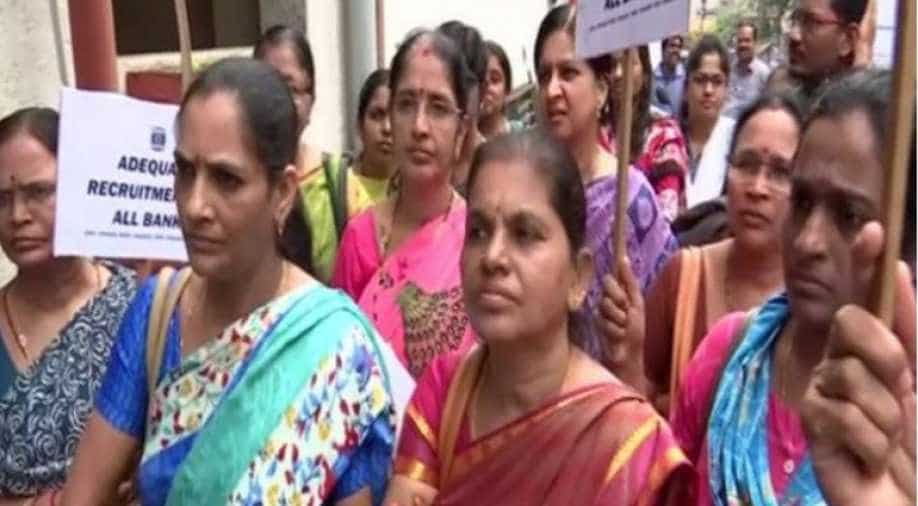 Bank Employees Association on Tuesday participated in a one day strike against the central government`s proposal of merger of 10 government banks into four.

"Today as per the call given by our apex organization All India Bank Employees Association and Bank India Federation we are observing a day-long strike against the proposed mergers of Government on August 30," Ajay Kumar, General Secretary Bank of Baroda Employees Union told ANI.

"We are not only opposing the proposal of merger but also demanding the recovery of bad loans to a tune of Rs 10 lakh crores accumulated throughout the country, defaulted by big corporate houses. We are also demanding higher recruitment and strengthening the banking sector," Ajay Kumar, General Secretary Bank of Baroda Employees Union told ANI.

"We are also opposing on behalf of the customers to wave off the heavy charges levied upon them by virtue of minimum balance charges, cash handling charges or whatsoever it maybe," he added.

Charylu, President of Dena Bank Union while speaking to ANI said, "We are participating in this strike. We are against the government policies towards employees and customers. We also demand the removal of extra charges levied on transactions by the customers. These charges are reducing our customers. We also want the wage revision to be considered by the government as well as higher recruitment in banks."

The protestors claimed that the strike is being successfully conducted all over India against the central government`s proposal of merger of banks.