This is what Jacqueline Fernandez enjoys after pole-dancing, sketching 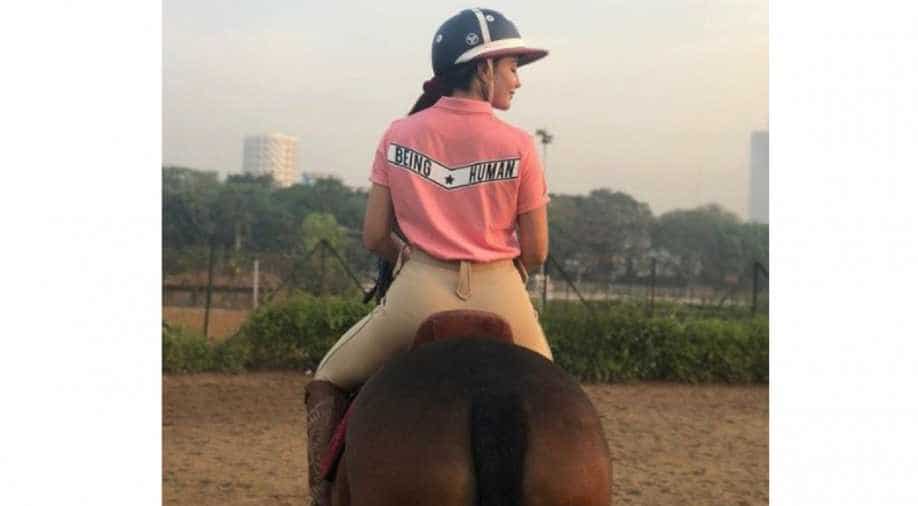 Jacqueline Fernandez shared a photo of herself horse-riding. Photograph:( Instagram )

If there is one actress in Bollywood who can do almost anything then its Jacqueline Fernandez. From playing the piano to pole-dancing to sketching, the Sri-Lankan beauty can easily get the title of an all-rounder if there was ever a match for the label in the entertainment industry.

Catching her fancy now is horse-riding and she looks like a pro with it. Taking to horse-riding, Jacqueline posted some pictures on her social media and wrote: "@amateurridersclub the best way to get your Vitamin D for the day!! ????"

@amateurridersclub the best way to get your Vitamin D for the day!! ????

On the work front, she recently wrapped the shooting of her next film Race 3 in Bangkok with Salman Khan, director Remo D’souza, and the rest of the crew. The film also stars Anil Kapoor, Jacqueline Fernandez, Bobby Deol, Saqib Saleem and Daisy Shah. Produced by Salman Khan Films and Ramesh Taurani under the banner of Tips Films, Race 3 will hit theatres on Eid 2018.