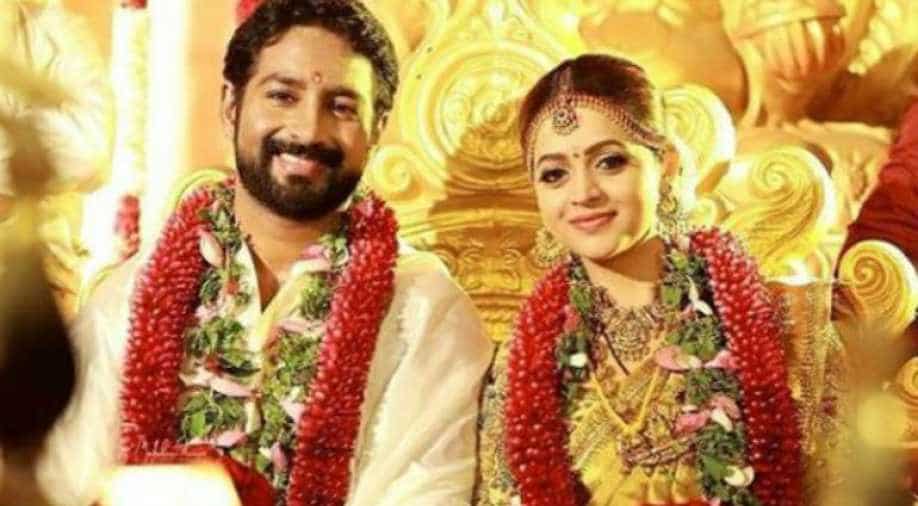 Bhavana and Naveen's wedding was a private affair with only close family and friends in attendance. Photograph:( Instagram )

The wedding photos that are doing the rounds of the internet indicate that the ceremony was a private one and only close friends and family attended it. Bhavana looked gorgeous in a gold saree complete with brocade work.

Prettiest Bride #Bhavana ❤❤❤❤ Who can be any prettier??? The happiest and prettiest bride to be........ @bhavanaofficial @ms_june6

Bhavana and Naveen have been in a relationship for the past four years and got engaged in March last year. A popular face in southern film industries, Bhavana is currently awaiting the release of Kannada film Tagaru. Naveen and Bhavana first met on the sets of Kannada film Romeo, which Naveen had produced.

The actress also got a surprise wish from actress Priyanka Chopra for her wedding. PC sent video and said how much she admired Bhavana's work.

The super cool #PriyankaChopra wishing our @ms_june6 #bhavana all the best for her wedding.. @jiteshpillaai you the best ????