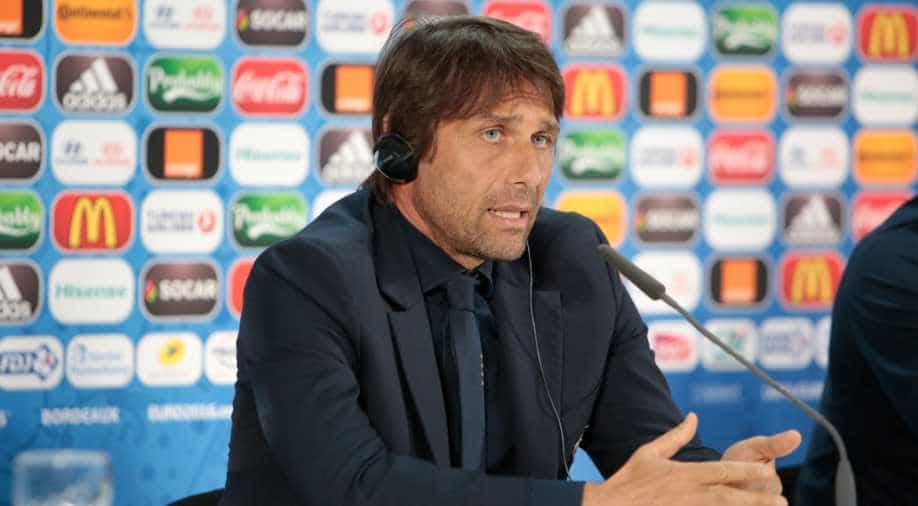 'To be able to keep up with Germany should give us satisfaction but we believed... we believed a lot (that we could win) and there was great delusion at the end,' Conte told a news conference. Photograph:(Getty)
Follow Us
Antonio Conte bowed out as Italy coach on Saturday after a Euro 2016 shootout defeat by Germany sounding almost broken-hearted that he was leaving behind a "fantastic" group of players.

He heaped praise on them for their performance against the Germans which ended in a 6-5 quarter-final loss on penalties after the game finished 1-1 following extra time.

"To be able to keep up with Germany should give us satisfaction but we believed... we believed a lot (that we could win) and there was great delusion at the end," Conte told a news conference.

"We know that football can bring you joy and can leave a bad taste in your mouth. But these players should go home satisfied, because they gave everything they had to give and for this reason, I will thank them for ever and they will always have a place in my heart because it has been a fantastic two years for me, culminating in the last incredible month and a half.

"To play in the Euros, you need experience of playing at this level to grow. And from this point of view I am very optimistic for the future of the Italy team. I think that these players have left a significant mark (on this tournament) and we need to continue doing this and that the Italian Football Federation will make all the best possible choices to continue this work that we have started, even though it is hard work, but I'm very optimistic for the future."

Conte now takes the reins at Premier League side Chelsea after two years at the helm of the Italian national side.

While his Azzurri squad was not filled with the array of talent available in previous campaigns, they surpassed expectations by beating fancied Belgium, knocking out holders Spain and on Saturday taking their old rivals down to the wire.

After a Germany win seemed inevitable when Mesut Ozil fired them into the lead in the 65th minute, the Italians stepped up the pressure and equalised 13 minutes later with a penalty and they could even have snatched a winner.