When Rishi Kapoor tweeted that he might go the same way as Vinod Khanna: No one will shoulder me 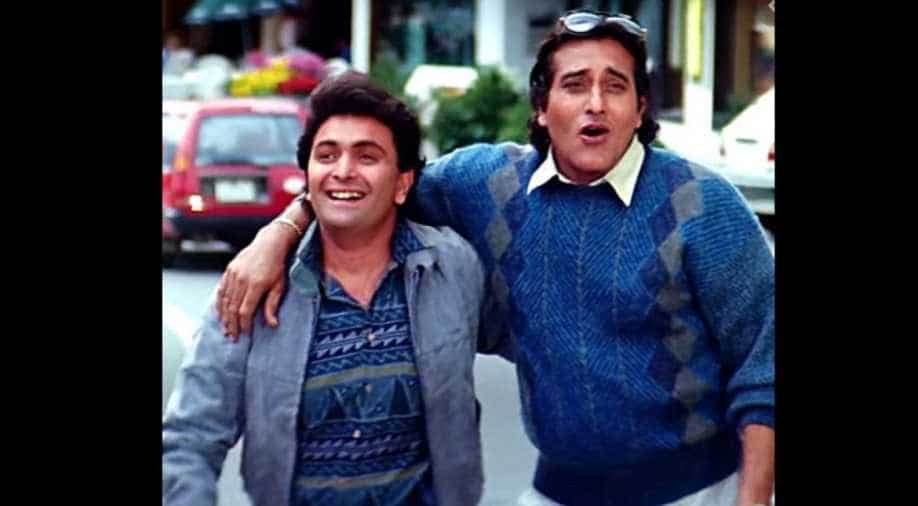 Now, the 67-year-old actor has been put to rest amid the presence of merely 20 people -- family members and close friends who have been granted permission by the Mumbai police.

It’s sad and unprecedented when we think of what Bollywood has been facing in the last two days. First Irrfan Khan and then Rishi Kapoor, Bollywood was not even over the loss of Irrfan when news of Rishi Kapoor came out.

Now, the 67-year-old actor has been put to rest amid the presence of merely 20 people -- family members and close friends who have been granted permission by the Mumbai police. Here's the list of 20 people who attended the actor's last rites.

While we discuss such a grave loss to the film industry, it is spooky to think that he sort of hinted at a low-key funeral. Remember his tweet when his good friend Vinod Khanna passes away?

Vinod Khanna had died on April 27, 2017 when Rishi Kapoor had tweeted about his lacklustre funeral in the wee hours of April 28. He had then angrily tweeted, "Shameful, Not one actor of this generation attended Vinod Khanna's funeral. And that too he has worked with them. Must learn to respect.” 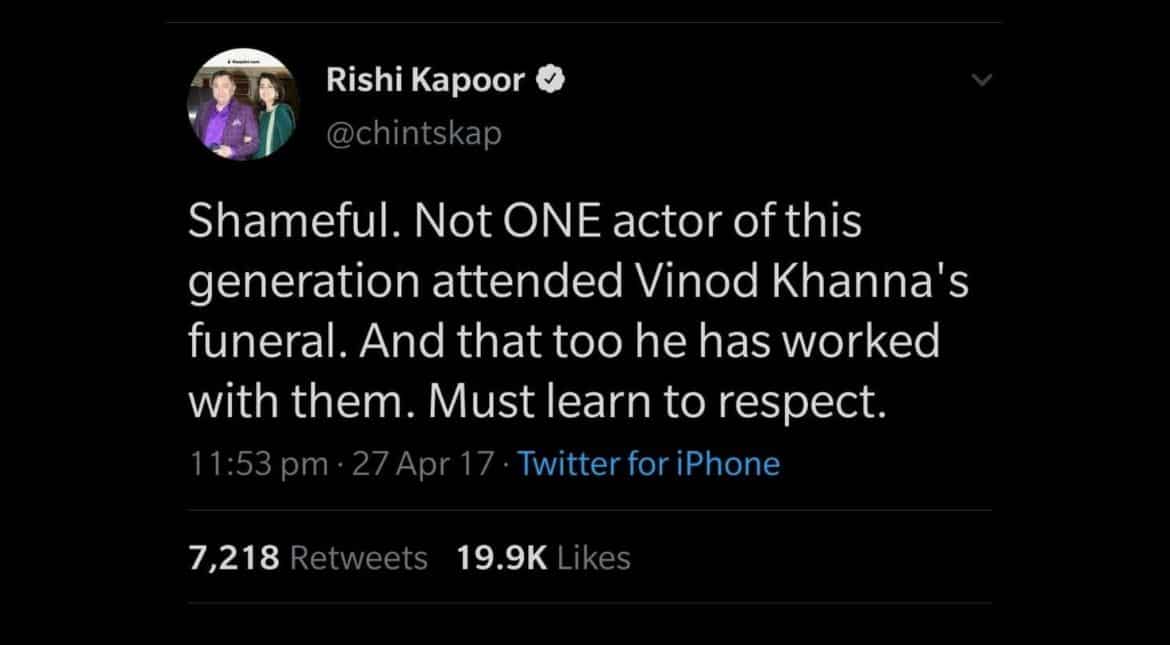 In a second tweet, Rishi Kapoor added, "Why this? Including mine and thereafter. When I die, I must be prepared. None will shoulder me. Very very angry with today's so called stars."

Now, fans are quick to point out that in a way, Rishi Kapoor had hinted at a similar funeral. The reasons are quite different though as now, in spite of people wanting to show their love for the star, could not attend his funeral owing to coronavirus scare.

In their official statement this morning, the Kapoor family also urged his fans to follow the laws currently in place due to the nationwide lockdown.

As Rishi Kapoor leaves a void in Bollywood, here are some films he was supposed to star in