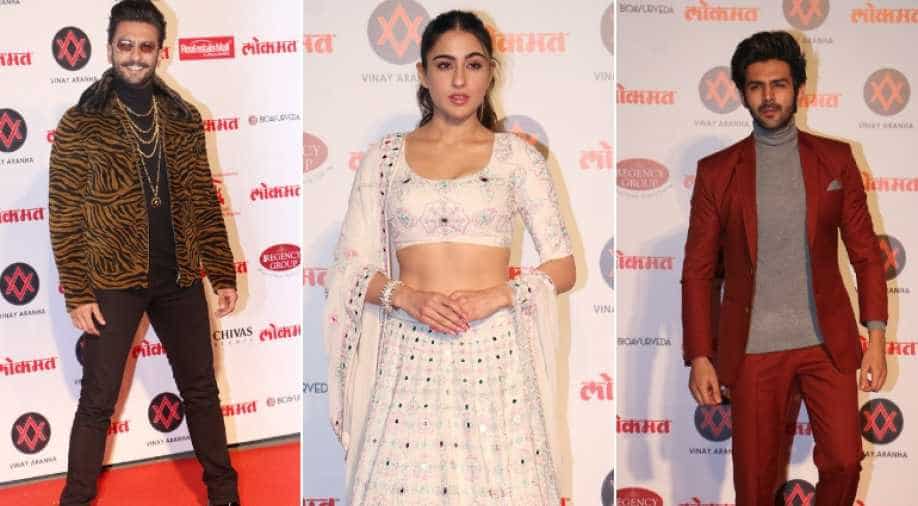 The two actors were at a media event recently to promote their film where actor Kartik Aaryan was also one of the guests.

Trust Ranveer Singh to play cupid. The actor who recently married his longtime girlfriend Deepika Padukone is currently busy promoting his film 'Simmba' along with his co-star Sara Ali Khan.

The two actors were at a media event recently to promote their film where actor Kartik Aaryan was also one of the guests. Now for those coming in late, Sara Ali Khan had admitted on 'Koffee With Karan' that she has a crush on the 'Sonu Ke Titu Ki Sweety' star and would want to date him.

Naturally, Ranveer took it upon himself to walk up to Kartik at the event and introduce him to Sara Ali Khan, much to her embarrassment. A video on Instagram shows Ranveer hugging and greeting Kartik and then taking to where Sara is seated and getting them formally introduced to each other. He even makes a 'heart'sign looking at the camera leaving Sara a tad red on the face.

Earlier, Kartik was asked to comment on Sara's eagerness to date him and he had said he finds her pretty and added he would love to have a coffee with her sometime.

Well, now that they have been introduced, if they do end up going on a date, Ranveer Singh should be credited for getting things started.