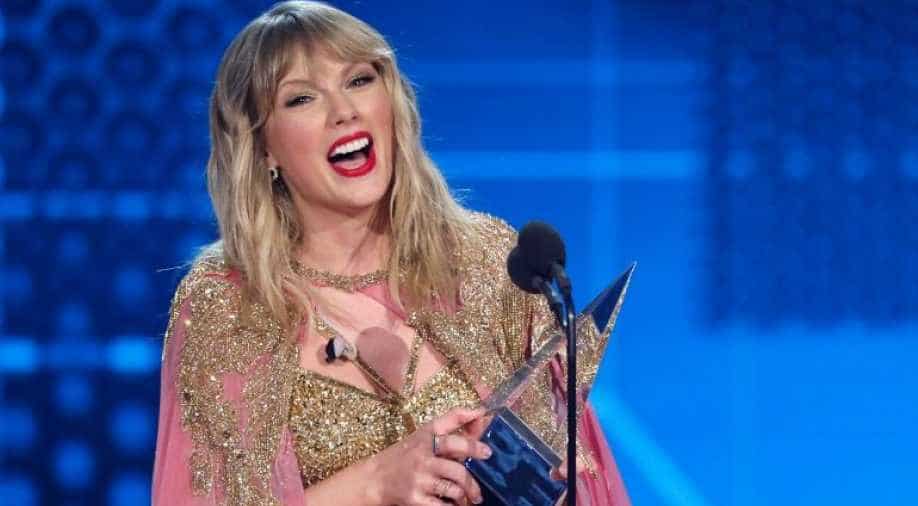 Taylor Swift will next be seen in ‘Cats’ which is based on the legendary Andrew Lloyd Webber's musical.

From sweeping awards to giving us some breezy music, Taylor Swift has had a fabulous year even though she has been in the news for her controversy with music manager Scooter Braun.

Taylor Swift will next be seen in ‘Cats’ which is based on the legendary Andrew Lloyd Webber's musical. Taylor and Andrew in fact even came together for British Vogue as they spoke about the film that is due for release on December 20, 2019.

In terms of their collaboration, Taylor has written and performed ‘Beautiful Ghosts’ for the film. She revealed that she wrote and performed side by side with recording her album ‘Lover’. She said,  "So a lot of that album is nearly whole takes. When you perform live, you're narrating and you're getting into the story and you're making faces that are ugly and you're putting a different meaning on a song every time you perform it."

Meanwhile, Andrew Lloyd Webber had composed the Cats musical in 1981 based on the 1939 poetry collection by T.S. Eliot. He recently asked Taylor Swift if she would be interested in acting in the future to which she said, "I have no idea. When I was younger, I used to get questions like, 'Where do you see yourself in 10 years?' I'd try to answer. As I get older, I'm learning that wisdom is learning how dumb you are compared to how much you are going to know."

She also revealed how it felt to shoot for ‘Cats’ and said, "I really had an amazing time with Cats. I think I loved the weirdness of it. I love how I felt I'd never get another opportunity to be like this in my life."

Taylor Swift made history at the 2019 American Music Awards by winning more awards than any other artist. She also beat legendary late artist Michael Jackson who held 24 awards and won Artist of the Decade. Also see in pictures: From Taylor Swift to Billy Porter, 10 breathtaking looks from AMA 2019 red carpet