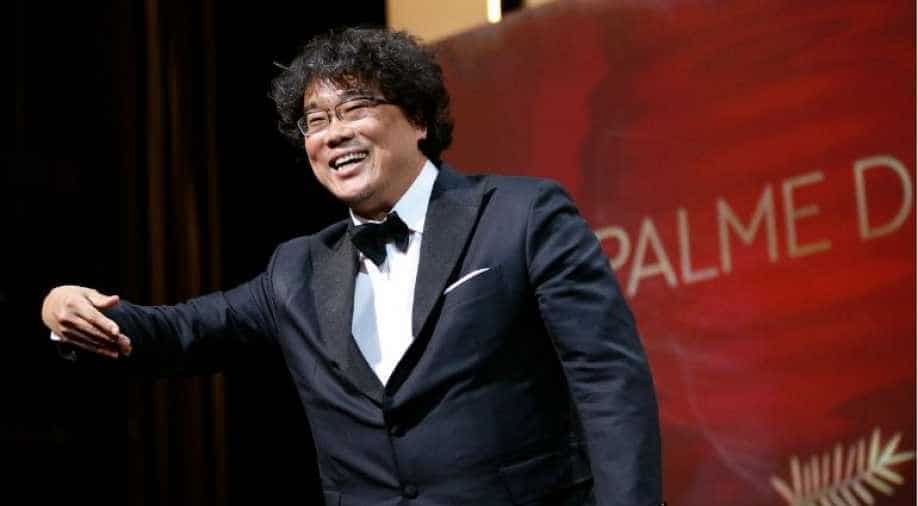 Director Bong Joon-ho became the first Korean to lift the Palme d'Or in May for his brilliant class war black comedy, and is an early favourite to lift the best foreign language movie Oscar.

The South Korean satire 'Parasite' has become the most successful Cannes-winning film at the French box office in 15 years, new figures show.

Director Bong Joon-ho became the first Korean to lift the Palme d'Or in May for his brilliant class war black comedy, and is an early favourite to lift the best foreign language movie Oscar.

More than 1.6 million people have paid to see the film in France so far, according to the site CBO box office, a feat not achieved by a Cannes-winner since Michael Moore's incendiary documentary, 'Fahrenheit 9/11', in 2004.

After ecstatic reviews at the Toronto and Telluride festivals this month, Vanity Fair said it "has everything that a (Oscar) best-picture front-runner could possibly need. Except the English language."

Even so critic Katey Rich said lightning could strike twice and it could yet follow the Mexican film 'Roma', which became the first non-English language film ever to be nominated for best picture last year.

It went on to win three Oscars, including best foreign language film and best director for its maker Alfonso Cuaron.

She predicted that Bong's exhilarating story about a family of clever underclass scammers was virtually guaranteed a clutch of nominations.

"The question now is how much further it can go," said Rich.

"It's hard to imagine that Academy voters won't feel the same pull that festival audiences have... It's even harder to imagine that anyone who starts watching 'Parasite' could stop; the film's propulsive energy sweeps all the way through to its towering conclusion," she added.

If it does get an Oscar nomination, it will make history as the first South Korean film to do so.

The rights to 'Parasite' were already sold to distributors in 192 countries even before its premiere in Cannes -- a record for a Korean film.

Bong, 49, best known for the cult hits 'The Host', 'Snowpiercer' and 'Okja', is one of a rising wave of Korean directors including Park Chan-wook (The Handmaiden) and Lee Chang-dong (Burning).

Only two Palme d'Or-winning films have sold more than one million tickets in France since Moore's indictment of George W Bush's foreign policy after the September 11 attacks -- Laurent Cantet's school-set 'The Class' in 2008 and Abdellatif Kechiche's highly controversial lesbian love story, 'Blue Is the Warmest Colour' in 2013.