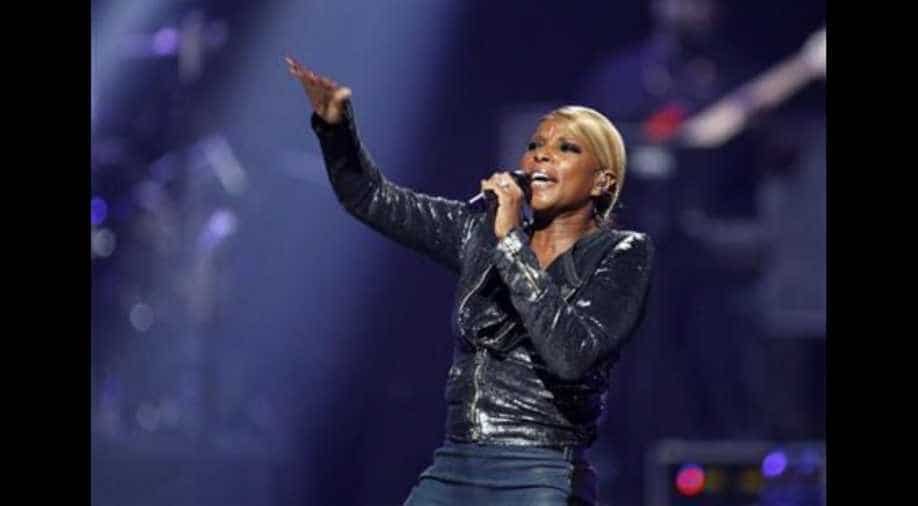 The Umbrella Academy is a "dysfunctional family of superheroes". Forty-three superpowered infants are inexplicably born to random, unconnected women who showed no signs of pregnancy. Sir Reginald Hargreeves, played by Feore, adopts the surviving seven children and prepares them to save the world.

Blige, who plays the villain, Cha-Cha, told Reuters: "I had to take the role of seriously because it's something different for me and I loved the challenge and I wanted people to see that I can do this too. It's completely different from Florence in 'Mudbound' and I wanted to be able to sit in an interview and I did some of my own stunts."

"I haven't gotten the Marvel call yet but it's coming, it's coming so hopefully if they see this, they'll say, 'Let's call Mary to be a badass in one of these'."

Thanks to the show, and the comic book's original premise, the cast is very diverse. ""When I read the script I thought, 'Well, here's a good opportunity for lots of diversity, you know, in the modern world, the modern times that we're living in,'" Robert Sheen, who plays Klaus, told Reuters. "It's never made a huge point of and I think that's what's nice about that phrase that it's 'in the DNA,' it's not broadcast which I think a lot of shows like this or maybe guilty of virtue signalling and going, 'Hey, look at us! We're very diverse!"

Ashley Madekwe, who plays Detective Patch, added: "It felt very organic to me. Obviously, all of the family, all of the siblings, are adopted so they are varied in their ethnicities. It was exciting to me to be on a show where there was several women of colour, very often I'm the only woman of colour on the show because 'there can only be one' for some weird reason."

Gerard Way, the co-creator of "The Umbrella Academy" comic books is also known for being the frontman of the emo-rock band, My Chemical Romance. The band split up in 2013.

When asked about a possible reunion or new material from the band, he told Reuters: "What I can say is that we're all friends, we really enjoy each other's company, we see each other and I don't know if there'll be anything in our future but we really like each other so... I think that's the important thing."

'The Umbrella Academy' premieres on Netflix on February 15.