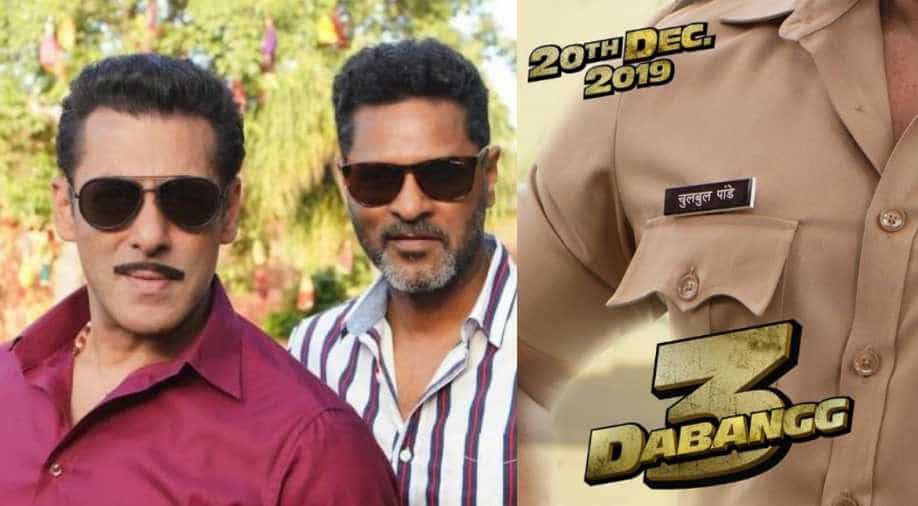 Salman Khan made the revelation with a picture featuring self and Prabhu Deva.

After tasting success with ‘Bharat’, Salman Khan will soon be back with the third instalment of the hit franchise Dabangg.

‘Dabangg 3’ will see him reprise his role as Chulbul Pandey, serious about his punches and wit cop with his lovely reel wife Sonakshi Sinha. There is a new addition to the star cast as Vinod Khanna's brother Pramod Khanna has been roped in to play the character of Prajapati Pandey, which was earlier played by the late actor, in the film. Vinod Khanna died of cancer in 2017. The veteran actor had played Salman Khan's father in both 'Dabangg' as well as 'Dabangg 2'.

In the latest announcement as Salman shared a photo of self with Prabhu Deva, the actor revealed that his film will be released in four languages. Apart from Hindi, the film will also release in Kannada, Tamil and Telugu.

Recently, Salman had also revealed that ‘Dabangg 3’ will be released on December 20, 2019.

The film is being co-produced by Salman and his younger brother Arbaaz Khan who wore the director's hat for ‘Dabangg 2’ in 2012. The first instalment was directed by Abhinav Kashyap. ‘Dabangg 3’ went on floors on April 1 and its first schedule was shot in Maheshwar, Madhya Pradesh.

The cast and crew are currently in Jaipur shooting for the movie.