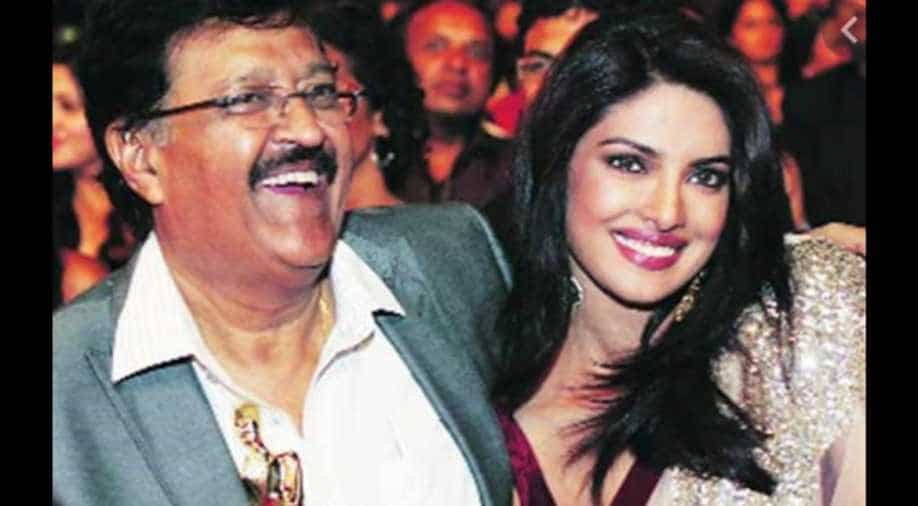 Priyanka had lost her father after his long battle with cancer seven years ago.

Sharing a clip of his exceptional award receiving speech, actor Priyanka Chopra Jonas on Sunday remembered her `forever cheerleader`, her father - Ashok Chopra, on what would have been his 70th birthday.

The `Krrish` actor posted to Twitter a clip from one of the award ceremonies wherein her father received the award on behalf of Priyanka and delivered an inspirational speech.

The clip starts with an adorable picture of the father-son duo post which the 'Mujhse Shaadi Karogi' actor`s father said, "I take this award on behalf of Priyanka, my little child... I wish you were here... she may be a little late- about an hour or so.."

My forever cheerleader. You would have been 70 today. Miss you dad. ❤️

Holding the award in hand, he added, "I dedicate this award to those artists who come from small-town, they believe in God, they believe in themselves and by their mere grit and determination of their talent, they make their mark."  "God bless you, Priyanka and thank you, everyone," said Chopra as he left the podium with the audience cheering.

"My forever cheerleader. You would have been 70 today. Miss you dad (along with a red heart emoji)," wrote the 'Baywatch' star as she captioned the throwback video.

Also read: Akshay Kumar's 'Sooryavanshi' and Ranveer Singh's '83' may get a digital release

Priyanka had lost her father after his long battle against cancer - seven years ago. The actor who is very close to her father and his memories has got inked her wrist with a tattoo that says `Daddy`s Lil girl` in her father`s handwriting.