Priyanka Chopra can't get enough of her adorable dog Panda 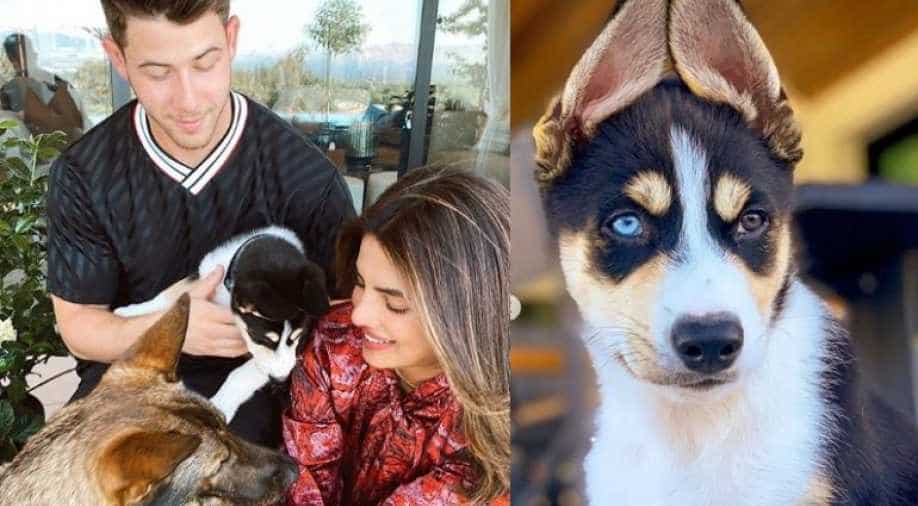 Chopra took to Instagram and shared the details about their new-four-legged friend - Panda, who has joined the duo`s other pups, Gino and Diana.

In love with her furry friend, actor Priyanka Chopra Jonas on Sunday proved that she is a true blue dog lover as she posted an adorable picture with the recent addition to her family's dog squad, Panda.

The 'Baywatch' star posted an adorable picture with her furry friend on Instagram. In the picture, the 'Fashion' actor is seen in a casual avatar, as she sports a grey t-shirt and accessorised it with square rimmed chunky shades.

With her hair tied in a high pony, the actor is also seen sporting a face mask while she holds Panda and shares an affectionate hug."Can`t get enough. @pandathepunk," wrote the `Dostana` actor as a caption to the post.

In awe of the adorable picture, Diana Penty left a red heart in the comments section.

One ball. One love. @ginothegerman

Earlier, Chopra took to Instagram and shared the details about their new-four-legged friend - Panda, who has joined the duo`s other pups, Gino and Diana. Priyanka and Nick Jonas` furry friends have their own separate Instagram accounts, with thousands of followers.