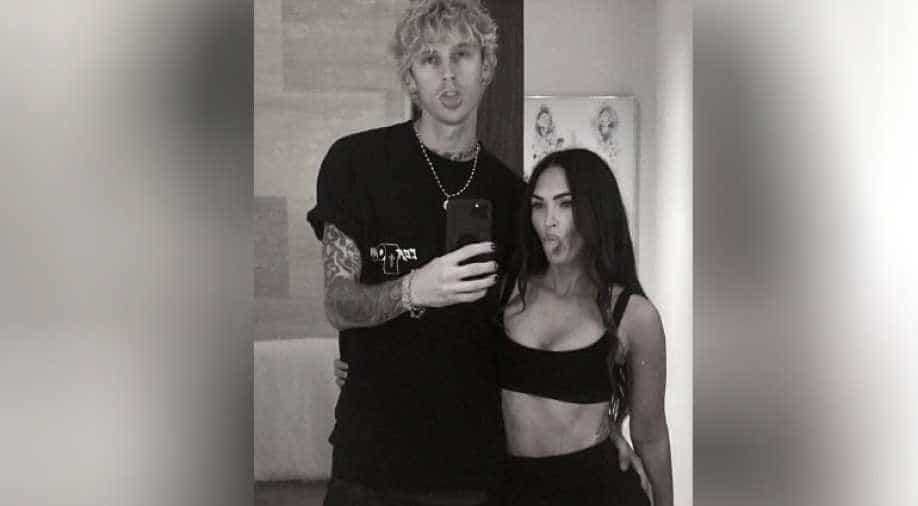 In the latest episode of 'Thirst Tweets' for Buzzfeed Celeb, American rapper Machine Gun Kelly told fans he was "locked-in" his relationship with Megan Fox.

According to a news agency, after reading a tweet that said, "Machine Gun Kelly i just wanna let you know am free this sunday to go on a date just let me know if ur free sunday cause i am free and would like to take you on a date [sic]," and responded by gently letting the fan down.

Kelly responded with a smile, "I`m locked in already right now. No dates for me. Probably ever. "Later in the video, he read a tweet, "i would let machine gun kelly suck my toes maybe [sic]," and retorted with, "Like I said, I`m only sucking one pair of toes."

The 'Project Power' star met the met the 'Transformers' actor Fox while filming Randall Emmett's 'Midnight in the Switchgrass` and rumours of a romance began in May. The news agency reported that Fox's estranged husband, Brian Austin Green, announced that the couple split the same month.

Also read: Megan Fox calls out Hollywood for being 'ruthlessly misogynistic' as her old video with Jimmy Kimmel goes viral

They share three children: 7-year-old Noah, 6-year-old Bodhi, and 4-year-old and Journey.Later that month, Fox appeared in his music video for  'Bloody Valentine' with the singer declaring that he was 'in love' in June. The couple became Instagram official in July and Fox relayed the same sentiment on Instagram in August.

The 47-year-old actor Austin-Green took a jab at the couple, posting a collage of his sons, including his 18-year-old Kassius with Vanessa Marcil, with the same caption -- "Achingly beautiful boys..My heart is yours." Not surprisingly, Machine Gun Kelly didn't read any tweets relating to that.