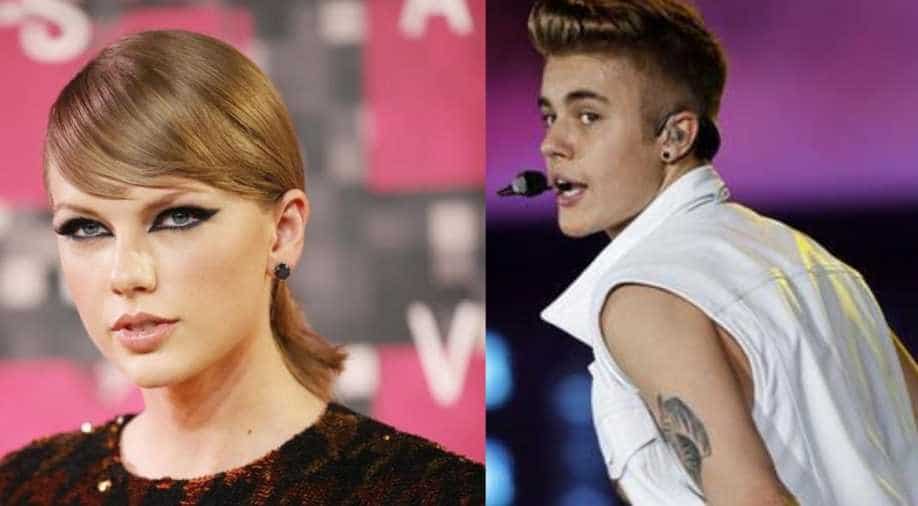 Her statement came in response to Braun`s acquisition of Big Machine Records, which holds the rights to Swift`s first six albums.

On Sunday morning, the `You Belong With Me` singer revealed that the music manager will soon own her entire music catalogue. After Swift`s post, the `Sorry` singer issued his statement on the matter. While he apologised to the singer for sharing "hurtful" Instagram post in 2016 of him FaceTiming Braun and Kanye West, who is famously involved in a long-time feud with Swift, Bieber defended his manager."Hey Taylor. First of all, I would like to apologise for posting that hurtful Instagram post, at the time I thought it was funny but looking back it was distasteful and insensitive.. I have to be honest though it was my caption and post that I screenshoted of scooter and Kanye that said "Taylor swift what up" he didn't have anything to do with it and it wasn't even a part of the conversation in all actuality he was the person who told me not to joke like that," he wrote apologising for his old post.

Defending the music manager, he said, "Scooter has had your back since the days you graciously let me open up for you.! As the years have passed we haven`t crossed paths and gotten to communicate our differences, hurts or frustrations. So for you to take it to social media and get people to hate on scooter isn`t fair. "What were you trying to accomplish by posting that blog? seems to me like it was to get sympathy u also knew that in posting that your fans would go and bully scooter. Anyway, One thing I know is both scooter and I love you. I feel like the only way to resolve conflict is through communication. So banter back and forth online I don't believe solves anything. I`m sure Scooter and I would love to talk to you and resolve any conflict, pain or any feelings that need to be addressed," he continued.

He concluded his post saying that by writing a message about Braun, Swift is "crossing a line."Neither scooter or I have anything negative to say about you we truly want the best for you. I usually don`t rebuttal things like this but when you try and deface someone I love, that's crossing a line," he said.

While Justin`s post has been getting a lot of heat from Swift`s fans, his wife Hailey Bieber commented, "Gentleman."

Braun`s wife, Yael Cohen Braun, also took to Instagram to defend her husband and claimed that Taylor was "given the opportunity to own your own masters, you passed."

However, many came out in support of the 29-year-old singer, including Halsey, Cara Delevigne, Selena Gomez`s mom and more. On Sunday, Swift posted on her Tumblr page, "For years I asked, pleaded for a chance to own my work. Instead, I was given an opportunity to sign back up to Big Machine Records and `earn` one album back at a time, one for every new one I turned in. I walked away because I knew once I signed that contract, [Big Machine founder] Scott Borchetta would sell the label, thereby selling me and my future. I had to make the excruciating choice to leave behind my past."

She added, "Some fun facts about today`s news: I learned about Scooter Braun`s purchase of my masters as it was announced to the world. All I could think about was the incessant, manipulative bullying I`ve received at his hands for years."Braun represents Bieber, Ariana Grande, Demi Lovato and J Balvin, reported E! News.

In November, last year, the `Love Story` singer quit Big Machine Music and signed a new deal with Universal Music Group, which means Braun wouldn`t have any legal claim over the rights to her recently released singles `Me!` and `You Need to Calm Down` and her upcoming seventh album `Lover`.