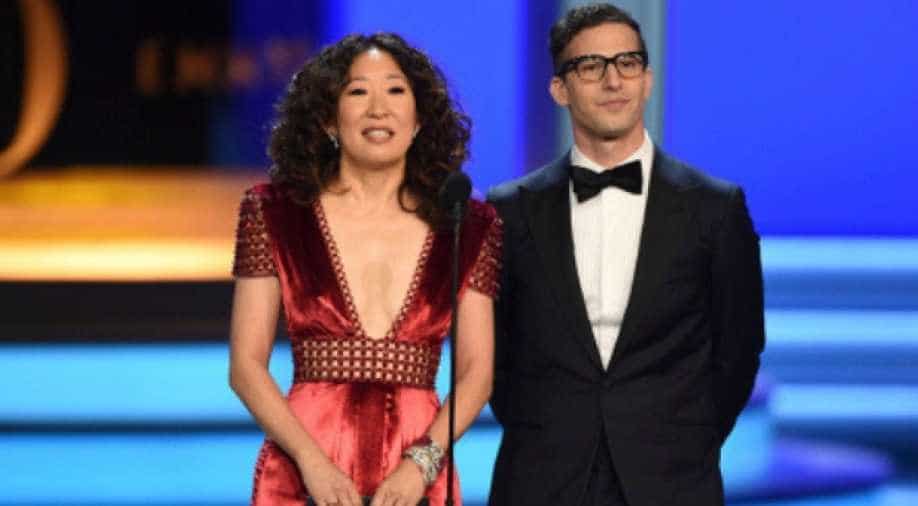 The 76th annual Golden Globes will stream live from Beverly Hilton in Los Angeles, on January 6, 2019.

It’s that time of the year!

Golden Globes is less than a week away and it’s gotten us very excited for all the awards and the excellent movies that we have loved last year. See the nomination list here.

To raise the tempo, 2019 Golden Globe co-hosts Andy Samberg and Sandra Oh have been seen featured in some sneak peeks of the fun that will (hopefully) translate on the stage.

They show their silly and fun side in the recently released promos for the awards show. There’s even some talk of "the elephant in the room.” We wonder what they are referring to, or who!

After Oh invites viewers to tune in to see if they discuss the elephant, Samberg offers, "or if we've gotten it to leave before then."

"Seriously, there's an elephant in that room," Oh adds as the camera pans over to a locked door made to look like an animal's trapped behind it.

In earlier promos, both admitted having met just for Golden Globes and never before.

The 76th annual Golden Globes will stream live from the Beverly Hilton in Los Angeles, on Sunday, January 6, 2019. Interestingly, the statuette got a design upgrade this year.