'Game Over' trailer: Something drives Taapsee Pannu crazy in this psychological thriller 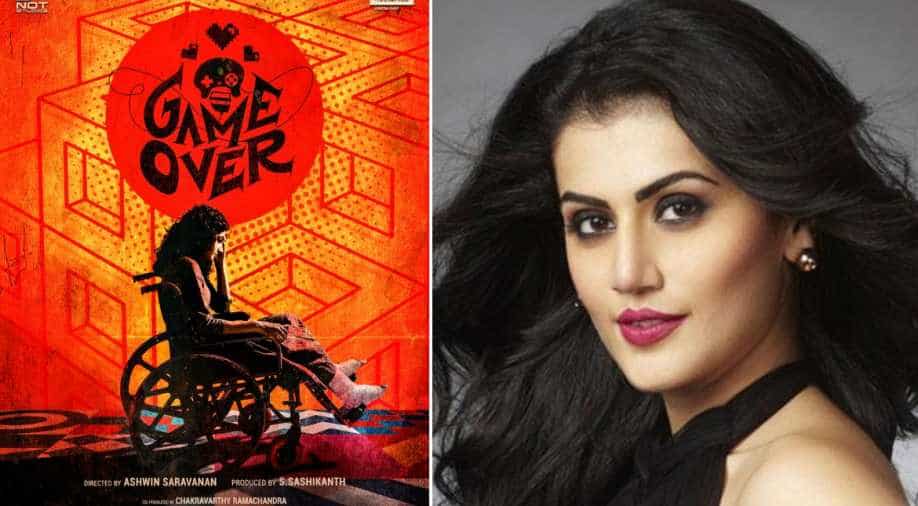 The film has interestingly been shot simultaneously in both Tamil and Telugu.

Taapsee Pannu will next be seen in a psychological thriller ‘Game Over’ as the trailer released today promising to be an exciting movie to watch.

The film introduces us to a concept called anniversary reaction which translates to experiencing a unique set of unsettling feelings, thoughts or memories that occur on the anniversary of a significant experience.

The trailer starts with Taapsee feeling uneasy and scared of the dark as she is haunted by an unknown identity. She is shown going through a panic attack and is shown as getting chased by someone in her house. The last still, however, will leave you confused as the trailer shows a burning joystick so you don’t really know whether all this was real or not.

The film is directed by Ashwin Saravanan and is produced by YNot Studios.

Earlier this month, Anurag Kashyap revealed that he will be presenting the film in Hindi. “I am very kicked about presenting this game-changing film in Hindi. This film proves yet again that the quality of filmmaking from the South is just outstanding and it’s great to see how Ashwin Saravanan has pushed the boundaries and has made a genre-bending film, something that we all have never seen before,” Anurag said in a statement.

The film has interestingly been shot simultaneously in both Tamil and Telugu.