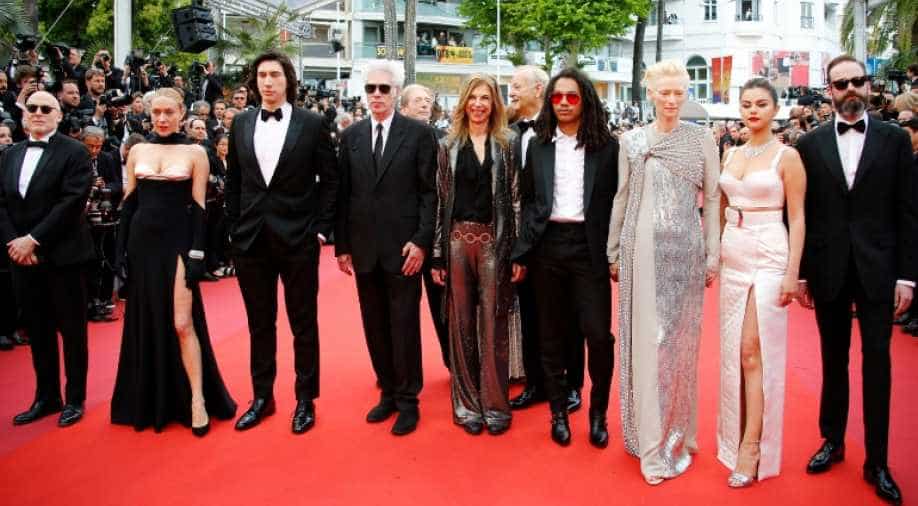 Bill Murray, a long-time collaborator of the "Broken Flowers" filmmaker, Adam Driver and Chloe Sevigny star as cops fighting off the growing army of undead, with pop star Selena Gomez and actress Tilda Swinton also among the stellar line-up.

With a glamorous cast of flesh-eating undead including Iggy Pop, U.S. filmmaker Jim Jarmusch kicked off Cannes' cinema showcase on Tuesday with an acerbic swipe at American society - though the zombie romp lacked the bite some critics had hoped for.

The comedy marked the opening salvo of the Cannes Film Festival, where it will compete for the top Palme D'Or prize alongside the latest offerings from Quentin Tarantino and Pedro Almodovar as well as a clutch of movies by newcomer, young directors.

Set in a non-descript small town where the inhabitants start succumbing to a zombie apocalypse, "The Dead Don't Die" takes aim at climate change deniers, U.S. politics and a materialistic, smartphone-addicted world all at once.

Bill Murray, a long-time collaborator of the "Broken Flowers" filmmaker, Adam Driver and Chloe Sevigny star as cops fighting off the growing army of undead, with pop star Selena Gomez and actress Tilda Swinton also among the stellar line-up.

A darling of U.S. art house filmmaking and a Cannes veteran, Jarmusch nonetheless came up against the French festival's tough crowd, drawing a mixed bag of reviews with some lamenting a sluggish pace despite some spot-on jokes.

Laden with witty film references - including nods to George Romero's cult 1968 zombie-fest "Night Of The Living Dead" - the film plays with the artifice of movie-making, with self-aware moments where actors discuss its plotline.

Some critics took issue with the more self-indulgent moments, however.

"Jarmusch's movie is in danger of succumbing to a zombie-ism of its own: a narcotic torpor of self-aware coolness," the Guardian's Peter Bradshaw wrote, describing the film as a "droll if directionless riff."

Others said Jarmusch had done little to refresh a much-exploited genre, even if gags like Iggy Pop's coffee-guzzling zombie and a horde of undead stalking the streets in search of a Wi-Fi connection raised chuckles.

"The problem with the opening film at Cannes is that you expect something really special," Marta Balaga, a critic at movie news agency Cineuropa, told Reuters. "People were laughing at moments and people wanted to love it."

With the undead clawing their way out of their graves when excess fracking causes the world to turn off kilter, "The Dead Don't Die" needles climate change deniers, but also takes a swipe at an apathetic society unable to get its act together.

Its well-meaning cops display little by way of a game-plan throughout to combat the increasingly hairy zombie invasion.

The film takes its place in a 72nd Cannes movie selection described by festival organisers as both "political and romantic".

Earlier on Tuesday, Cannes jury president Alejando Gonzalez Inarritu of Mexico - the first Latin American film director to head up the panel - criticised Trump's plans for a Mexican border wall, describing it as "dangerous" and "cruel".

"These guys are ruling with rage and anger and lies and writing fiction and making people believe those are really things and facts," Inarritu told a news conference, referring to Trump's immigration policies.