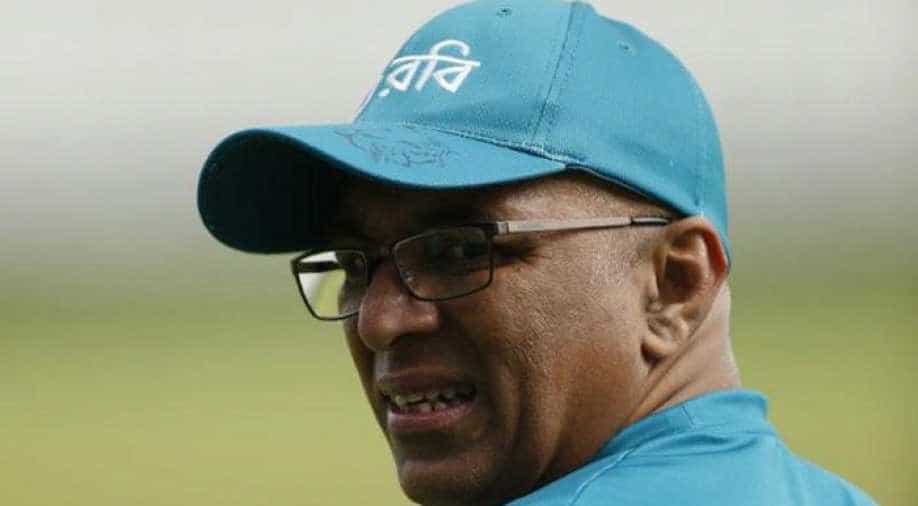 Hathurusingha will take over the national side from December 20. Photograph:( Zee News Network )

The Sri Lankan resigned in October as Bangladesh`s coach after guiding the national team through their most successful period in his three years in charge, masterminding Test wins over England and Australia.

He takes over a side that was hammered in Tests by India in home and away series this year and has played poorly in one-day games.

Sri Lanka Cricket (SLC) said Hathurusingha, 49, will take over the national side from December 20. That means he will take charge of the team for the T20 games that end their current tour in India.

The Sri Lanka post has been vacant since South African Graham Ford quit in June. Nic Pothas has been the interim coach.

Under Hathurusingha, Bangladesh made rapid strides in world cricket, reaching the semi-finals of the Champions Trophy tournament in England this year. He was only criticised after Bangladesh`s recent tour of South Africa, where the team failed to register a single win.

His contract with the Bangladesh Cricket Board was supposed to run until the 2019 World Cup and reportedly made him one of the highest-paid cricket coaches, on $40,000 a month.

Hathurusingha, a batsman, played 26 Tests and 35 one-day internationals for Sri Lanka before becoming the team`s assistant coach under Trevor Bayliss, a job he lost in 2010.

He went on to coach New South Wales in Australia before moving to Bangladesh in May 2014.