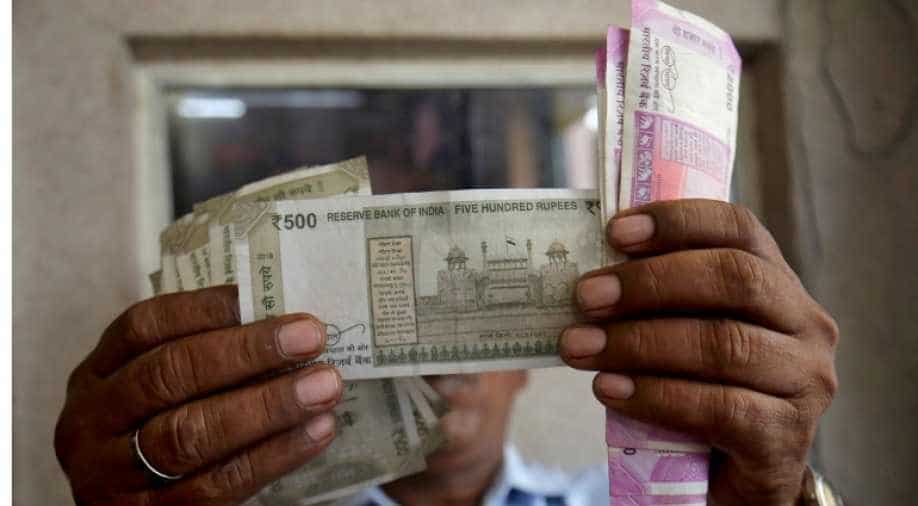 The rupee deprecated by 23 paise and fell to 69.70 per dollar mark in early trade Wednesday amid strengthening of the American currency and lower opening in domestic equities.

At the Interbank Foreign Exchange, the rupee opened weak at 69.60 then fell further to 69.70 against the American currency, down 27 paise over it's previous closing price.

On Tuesday, the rupee had appreciated 34 paise to 69.43 against the American currency.

Brent crude, the global benchmark, was trading lower at 53.59 per barrel, lower by 0.58 per cent.

The BSE benchmark Sensex Wednesday dropped over 200 points and NSE Nifty fell below the 10,900 mark on selloff in metal and auto stocks amid weak cues from other Asian markets and foreign fund outflow.