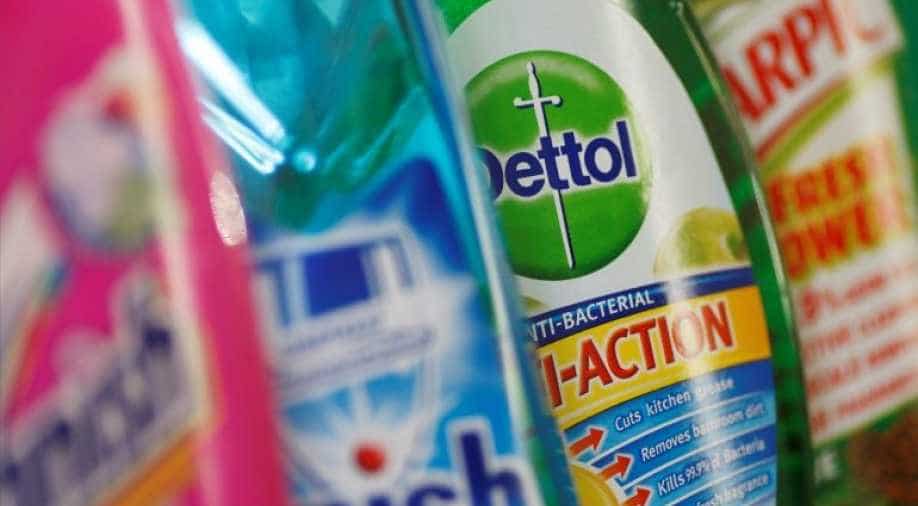 Narasimhan, PepsiCo's global chief commercial officer, is the first external candidate to be appointed as CEO at Reckitt since the maker of Durex condoms, Nurofen tablets and Dettol cleaners were formed in 1999.

Narasimhan, PepsiCo's global chief commercial officer, is the first external candidate to be appointed as CEO at Reckitt since the maker of Durex condoms, Nurofen tablets and Dettol cleaners were formed in 1999.

The 52-year-old takes over as CEO on September 1, replacing Rakesh Kapoor, 60, who has led Reckitt for more than eight years and said in January he would retire this year.

Analysts welcomed the appointment, saying the new CEO would inject a fresh perspective to a company facing industrywide challenges to growth, though some said it raised doubts about the fate of Reckitt's restructuring plan.

The appointment is the latest in a series of external hirings as major consumer goods groups look to make up ground lost to smaller brands that have done a better job selling online and connecting with millennials on social media, while also facing investor pressure to boost efficiency.

"He has got great perspective, but first and foremost we saw him as a consumerist and a consumer marketer and that's what set him apart," Sinclair said.

At PepsiCo, the chief commercial officer position held by Narasimhan will now be filled by the company's Greater China CEO Ram Krishnan, the US drinks maker said.

As well as industry challenges, Reckitt has faced company-specific setbacks in recent years, including a safety scandal in South Korea, a failed product launch and a cyber attack.

Kapoor launched a restructuring plan, dubbed RB 2.0, to split the group into two business units, one for health and one for hygiene and home products - under the same parent company.

Reckitt said on Wednesday Narasimhan would be charged with delivering the plan, due to be completed in 2020, but some analysts suggested he might have other ideas.

"The appointment of a new, external CEO is bound to raise questions regarding the timing of the end of the group's RB 2.0 plan and whether it will ultimately lead to a split of the company," Liberum analyst Robert Waldschmidt said.

Sinclair, however, said Reckitt was on track to complete the 2.0 program by mid or late 2020 and that Narasimhan agreed with the plan.

Jefferies analyst Martin Deboo questioned why a company already smaller than rivals Procter & Gamble and Unilever wanted to "descale itself", which could hobble its ability to compete in emerging markets.

Reckitt shares were up 1.6% in afternoon trading on the London Stock Exchange.

"Narasimhan's strategic and leadership background make him a strong fit for Reckitt. We believe he will bring a fresh perspective to both the business and to investors," Morgan Stanley analyst Richard Taylor wrote in a note.

Prior to that, he headed the beverage maker's Latin America, Europe and Sub-Saharan Africa operations, managing annual sales of 14.5 billion pounds ($18.5 billion) - more than the total annual sales of Reckitt Benckiser. At one time he was also a chief financial officer of the group's Americas Foods business.

Narasimhan studied mechanical engineering in India before moving to the United States for an MBA degree. Before joining PepsiCo, he worked at consultants McKinsey for two decades, where he advised on large consumer and healthcare deals.