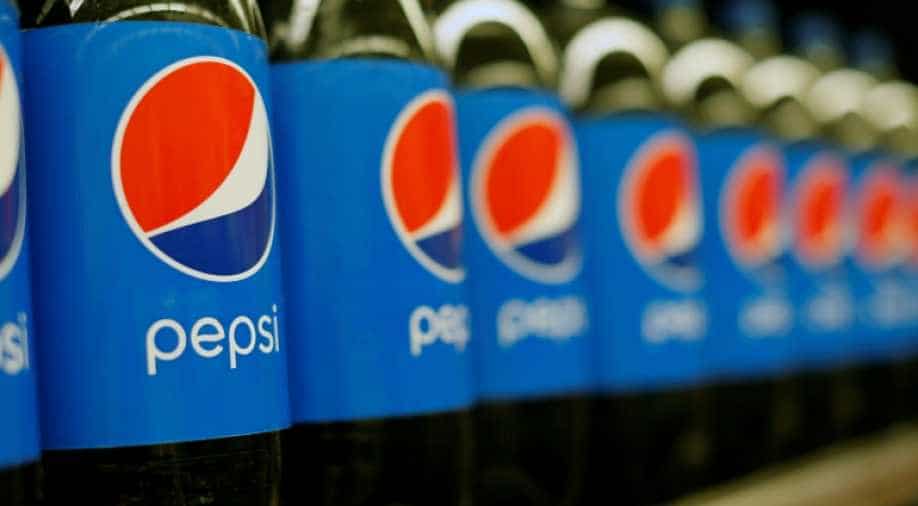 Bottles of Pepsi are pictured at a grocery store in Pasadena, California, US. Photograph:( Reuters )

Shares of PepsiCo hit a record high of $125.92 in morning trading after the company said its core sales grew at the fastest pace in more than three years.

Shares of PepsiCo hit a record high of $125.92 in morning trading after the company said its core sales grew at the fastest pace in more than three years.

The results come as a boost for Chief Executive Officer Ramon Laguarta who took over from Indra Nooyi six months ago. Under his watch, Pepsico has spent more on advertising, raised production capacity, while tweaking its supply chain to focus more on healthier snacks and beverages.

The changes have helped Pepsi respond better to shifting consumer preferences at a time when packaged food and beverage companies are battling high transportation and labour costs while trying to find the right product mix to cater to a more health-conscious consumer.

The company has modified some of its recipes using healthier ingredients and is tinkering with product sizes and marketing to keep shoppers reaching for its products.

PepsiCo recently launched a new flavour of Cheetos under its Simply snack brand and introduced a blackberry and peach flavour for its bubbly sparkling water that was promoted by singer Michael Buble.

"It is clear evidence that the advertising that we've been putting into the market place is working ... maybe most encouragingly the Pepsi business," Johnston said.

Total organic or core sales - a keenly watched metric that strips out currency fluctuations and acquisitions - rose 5.2 per cent.

PepsiCo maintained its target of 4 per cent organic revenue growth and earnings of $5.50 per share for the year.

"With guidance unchanged, Pepsi may be in a position to increase spending behind its brands. Something we feel is strategically important and will bear fruit down the road," said Benjamin Altman, CEO of Altman Advisors, which owns PepsiCo shares.

Excluding items, PepsiCo earned 97 cents per share. Net revenue rose 2.6 per cent to $12.88 billion. Analysts were expecting a profit of 92 cents and revenue of $12.70 billion, according to Refinitiv's IBES.