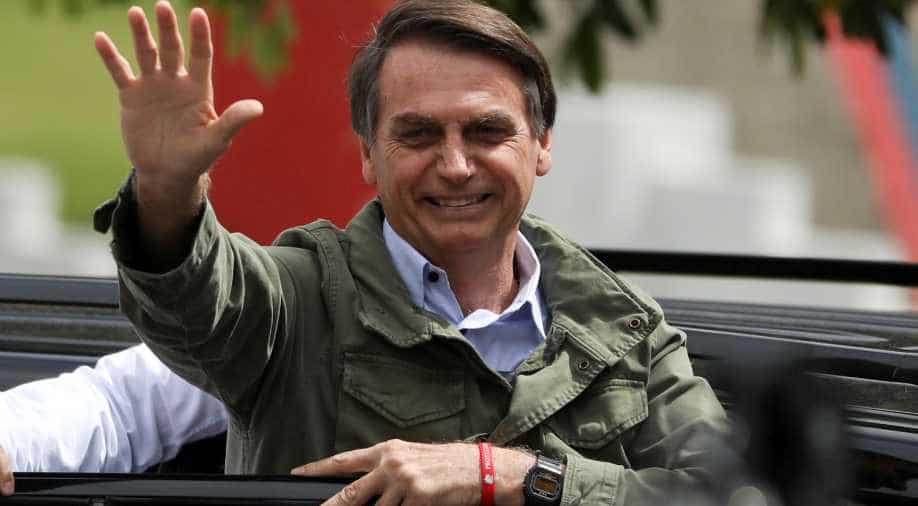 The Ibovespa index in Sao Paulo's stock market finished 3.56 per cent up at 91,012 points. Markets were closed on Tuesday for the January 1 holiday.

Brazil's stock market closed at a record high on Wednesday, one day after new President Jair Bolsonaro took office and in anticipation of economic reforms his government is expected to implement.

The Ibovespa index in Sao Paulo's stock market finished 3.56 per cent up at 91,012 points. Markets were closed on Tuesday for the January 1 holiday.

Hopes of a turnaround for Latin America's biggest economy, which has been limping ever since exiting its worst-ever recession two years ago, were spurred by promises that Bolsonaro's team will cut spending and debt.

New Economy Minister Paulo Guedes said Wednesday that reforming the country's unsustainable pension system was the government's "biggest challenge" as it made good on those pledges.

Guedes said Brazil had to be re-made after suffering years of expanding public spending and statist decision-making.

"Reforming pensions is the key to correcting this problem."

In Brazil, workers can often take retirement in their mid-50s, earlier than in comparable countries, and with pensions that are often around 70 per cent of their final salaries.

Maintaining that system consumes around a third of government spending -- a proportion that will only go up as Brazil ages -- and increases its debt. Analysts say that without reform, the system will push the country to insolvency.

Even though his ministry is taking on added responsibilities for industry, trade, labour and planning, Guedes rejected the notion that he was heading up a "superministry."

"No one can resolve all of Brazil's problems alone. We need all three (government) powers to be involved," he said.

He listed his priorities as "opening the economy, simplifying taxes, privatizing, decentralizing resources, and focusing as well on social issues."

Investors are anticipating a substantial privatization program. Shares in state power firm Eletrobras jumped 20.7 per cent on expectations some of its assets would be sold off.

Guedes, 69, is a magnet for investor optimism in Bolsonaro's cabinet. The US-trained economist is a strong advocate of free-market values, which stands in contrast with Brazil's history of protectionism.

Speaking as he took up his functions, Guedes hailed the decision by the outgoing centre-right government to freeze public spending for 20 years. But he said more reforms were needed "to create a virtuous circle."

While the new president agrees in principle to liberalizing the economy, he has voiced wariness about selling off core assets of Eletrobras or state oil company Petrobras.

Also, seven of the government's 22 ministries are now held by ex-military officers who may be opposed to a sale of Brazilian national assets -- and for any cuts to pensions that former military personnel do well from.