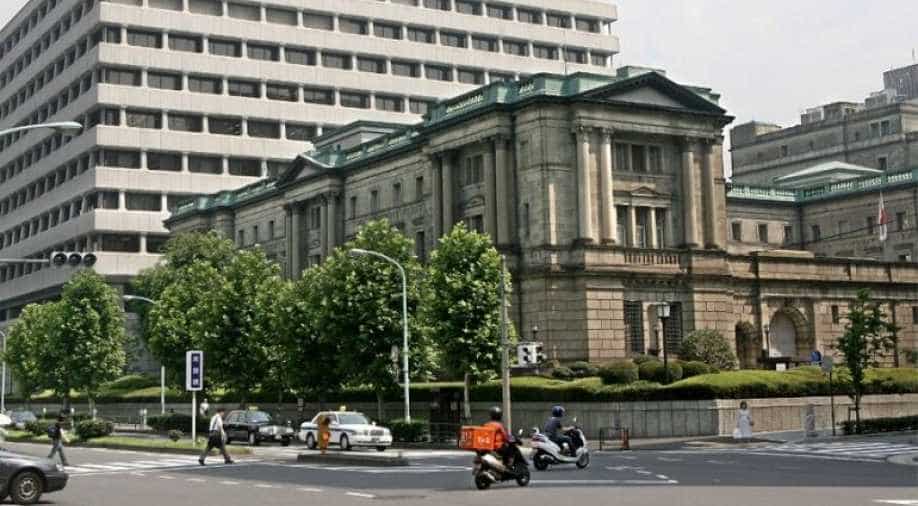 The announcement came just hours after the US Federal Reserve cut its benchmark interest rate for the third straight time as it gauges economic risks.

The Bank of Japan held fire on Thursday but suggested it could cut rates in the future, reflecting its fears that global risks could weigh on the country's fragile recovery.

The announcement came just hours after the US Federal Reserve cut its benchmark interest rate for the third straight time as it gauges economic risks.

In its so-called "forward guidance" a signal the central bank gives to the market on its future policy decisions the BoJ said it expects rates "to remain at their present or lower levels."

Previously it had not made reference to the possibility of lower levels, saying instead it expected to keep "current ultra-low rates for an extended period of time, at least until the spring of 2020".

Thursday's announcement dropped the reference to that timeframe, hinting a change could come sooner.

The Japanese central bank warned that a pick-up in the global economy is likely to be delayed "mainly due to the intensified US-China trade friction as well as slowdowns" in emerging economies including China.

"Japan's economy is expected to grow temporarily at a somewhat slower pace than its potential" reflecting weak exports and the sales tax hike that came into effect on October 1, it said.

The Bank also revised down its inflation and growth forecasts for the world's third-largest economy.

The central bank said it expected prices to rise 0.7 per cent in the year to March 2020, down from a previous forecast of 1.0 per cent, and well short of its years-long target of two per cent.

It also revised down its forecast for the following year to 1.1 per cent from 1.3 per cent and downgraded its projection for the year to March 2022 from 1.6 per cent to 1.5 per cent.

The BoJ has consistently fallen short of hitting the two per cent target it considers key to turbocharging the stuttering economy, despite a barrage of stimulus and monetary easing packages.

Bank policymakers have argued that prolonged periods of low growth and inflation have created a "deflation mindset" that continues to weigh on the national economy.

In a statement, it said there had been "no further increase in the possibility that the momentum towards achieving the price stability would be lost".

But it warned at the same time that "it was necessary to continue to pay close attention to the possibility".

The central bank also slightly lowered its economic growth forecast, citing "the delay in the timing of a pick-up in the growth pace of overseas economies".