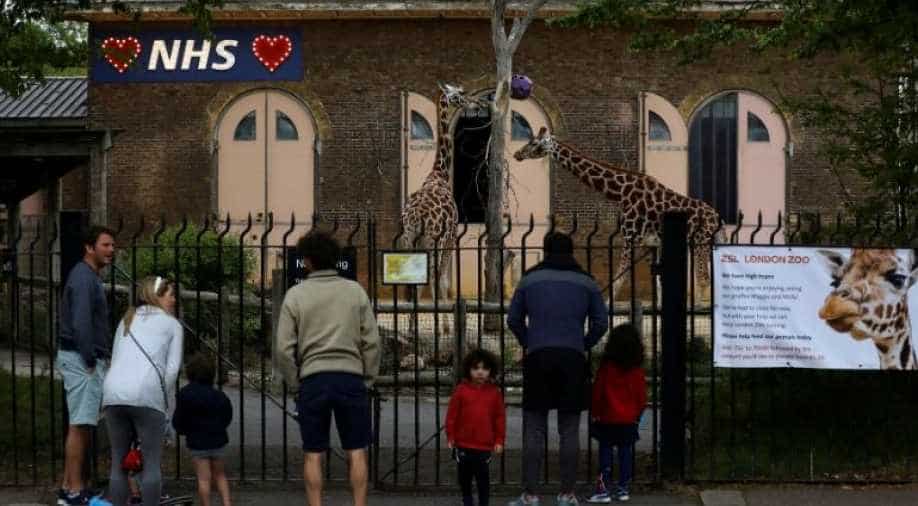 Prime Minister Boris Johnson will set out details on Wednesday of which sectors of the economy will be allowed to resume on June 15, including the reopening of zoos and drive-in cinemas in England.

Britain has already begun slowly opening for business after shuttering large swathes of the economy and ordering citizens to stay at home on March 23 to limit the spread of COVID-19 as the disease threatened to overwhelm the health system.

June 15 has already been flagged as the next stage of that process, and is when non-essential retailers and secondary schools will be allowed to open again, albeit with strict rules about the need for social distancing.

On Wednesday, Johnson will add zoos, safari parks and drive-in cinemas to the list.

"This is by necessity a careful process, but we hope the reopening of safari parks and zoos will help provide families with more options to spend time outdoors, while supporting the industry caring for these incredible animals," a spokeswoman from Johnson's office said.

The changes will be announced during the government's daily news conference, which normally takes place at 1600 GMT.

Ministers have taken radical steps to prop up the economy during the national lockdown, including an unprecedented scheme to pay workers' wages to limit job losses, and the opening of loan schemes and credit lines for businesses of all sizes.

That support has come at a high cost to the public purse, with borrowing set to reach levels not seen since World War Two.