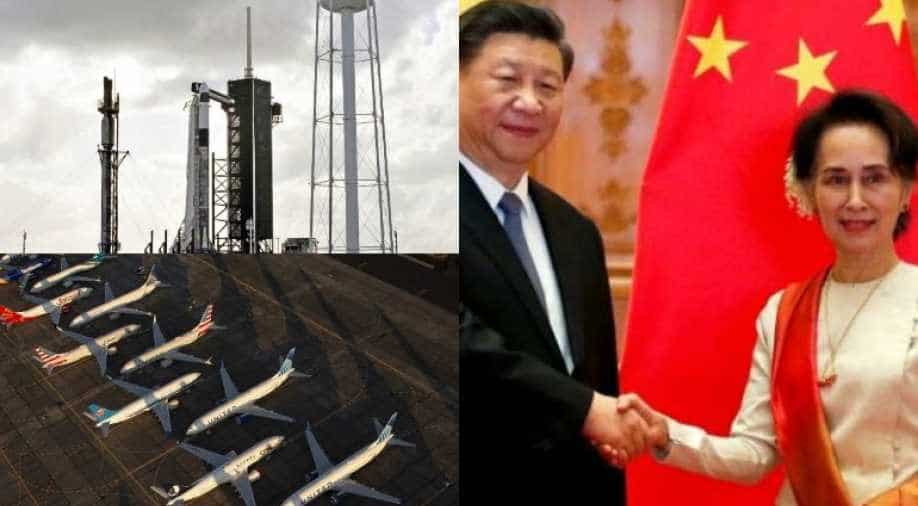 Top world news of the day Photograph:( Others )

Here are the major events on January 18 that you need to know.

Taiban said on Friday that the insurgent group is "optimistic" of signing a deal with the United States by the end of this month. In another development, Chinese President Xi Jinping on Saturday doubled down on his support to Myanmar's State Counselor Aung San Suu Kyi, signing a number of infrastructure and trade deals in his state visit to Myanmar.

Here are the major events on January 18 that you need to know:

1. Taliban says deal with US can be signed before end of this month: Report

Taliban had also agreed to "scale down" military operations in Afghanistan in order to provide a safe environment for withdrawal of foreign forces from the region, Taliban chief spokesperson Suhail Shaheen said. Read more

Turkish President Tayyip Erdogan has called on Europe to support its work in Libya, where it is providing military support to the internationally-recognized government if it wants to end the conflict there. Read more

Australia is now witnessing the heaviest rainfall in months. Major highways have been shut down in Queensland. In New South Wales, power was cut off. Read more

A new issue with the Boeing's 737 Max has been discovered. After being grounded citing safety issues, Boeing has been running tests and reviews involving the Max. Read more

7. US to screen passengers for new China coronavirus at three airports

The United States will begin screening efforts at three US airports to detect travellers from the central Chinese city of Wuhan who may have symptoms of a new respiratory virus that so far has killed two people and infected 45 more, public health officials said on Friday. Read more

8. SpaceX to destroy rocket in 'mock-failure' before manned missions with NASA

Elon Musk's SpaceX is set to destroy one of its own rockets today in a bid to test an emergency abort system on an unmanned capsule. Read more

Four individuals were diagnosed with pneumonia on Thursday and are in stable condition, the Wuhan Municipal Health Commission said in a statement published shortly after midnight. Read more

They are the fourth American company to break this barrier, after Apple, Microsoft and Amazon. Read more