Elon Musk's SpaceX is set to destroy one of its own rockets today in a bid to test an emergency abort system on an unmanned capsule. This test will the company's last milestone before carrying NASA astronauts from US soil.

As Reuters reported, two minutes after the rocket takes off from a launchpad in Florida, the ''Crew Dragon'' capsule will eject itself from the rocket mid-air, which would replicate an emergency abort scenario. In essence, this is SpaceX's proof of their ability to return astronauts back to earth in case of emergencies.

"I will tell you tomorrow will be an exciting day," Kathy Lueders, NASA's commercial crew programme manager, said on Friday. 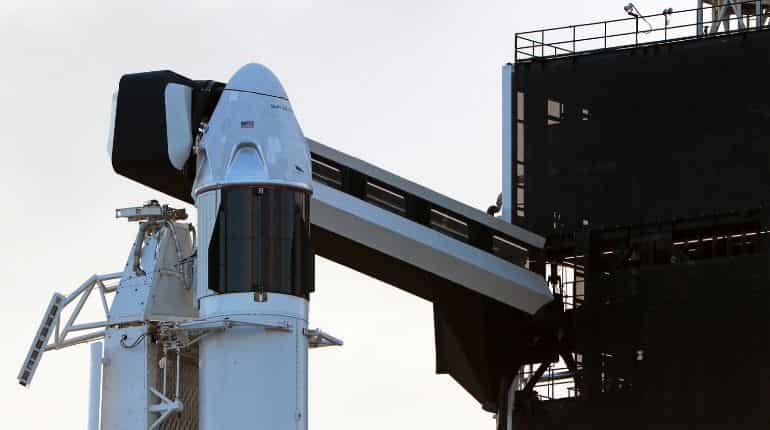 Image: The SpaceX Crew Dragon sits atop a Falcon 9 booster rocket on Pad 39A at Kennedy Space Center before a scheduled in-flight abort test at Cape Canaveral, Florida January 17, 2020 | AFP

SpaceX has been trying to fly humans for a long time. If all goes well, they may be able to fly humans to the International Space Station soon. According to the National Aeronautics and Space Administration (NASA), this could happen as soon as mid-2020.

After human spaceflight programmes faced setbacks, the US decided to partner with private companies like SpaceX to accelerate the pace of development.

Following this, NASA awarded Boeing and SpaceX $4.2 billion and $2.5 billion in 2014 respectively. NASA expects them to make capsules capable of carrying humans. NASA's space shuttle programme ended in 2011, after which, if achieved, this will usher in the first take-off with humans since then. To access the space station, NASA now relies on Russia. 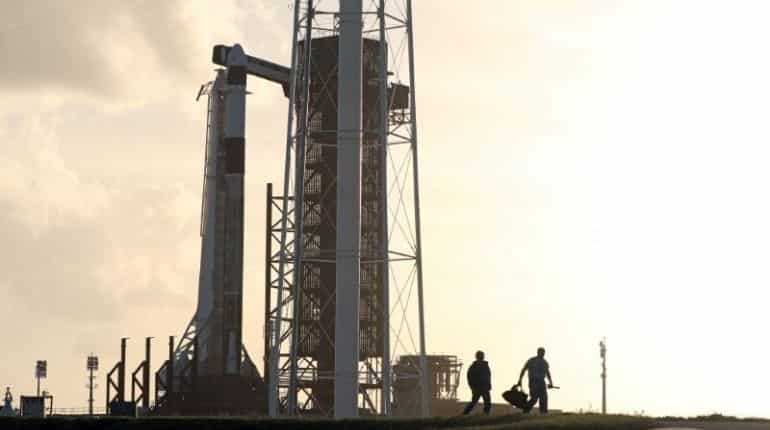 Image: The SpaceX Crew Dragon sits atop a Falcon 9 booster rocket on Pad 39A at Kennedy Space Center before a scheduled in-flight abort test at Cape Canaveral, Florida January 17, 2020 | Reuters

The ''mock failure'' will involve considerable steps: The Falcon 9 rocket's boosters will shut down roughly 19 km above the ocean. This will trigger Crew Dragon's so-called SuperDraco thrusters to jet itself away at supersonic speeds of up to 2,400 kph.

As it nears water, the capsule would deploy three parachutes for a slow descent. In fact, two human-shaped test dummies laden in motion censors will be on-board. The data will then be used to understand the impact of G-force imposed during the abortion of the mission.

The test was originally scheduled for mid-2019 but faced delays after one of the capsules exploded in April before launch. After this, an investigation was launched and the organisation found an explosive reaction between a titanium valve and the capsule's rocket fuel.

SpaceX's Crew Mission Management director Benji Reed had said, "At some point, we expect that the Falcon will start to break up."

"Our Falcon 9 recovery forces will be standing by ready to go and recover as much of the Falcon as we can as safely as possible," Reed said. 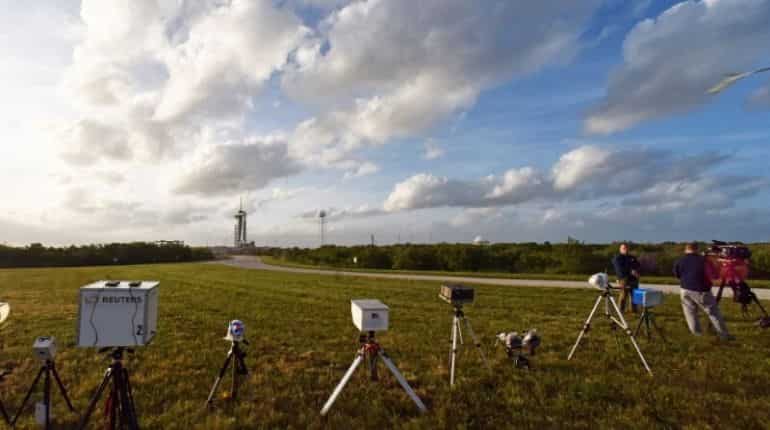 Image: Remote cameras line a field near Pad 39A at Kennedy Space Center where the SpaceX Crew Dragon sits atop a Falcon 9 booster rocket the evening before a scheduled in-flight abort test at Cape Canaveral, Florida January 17, 2020 | Reuters