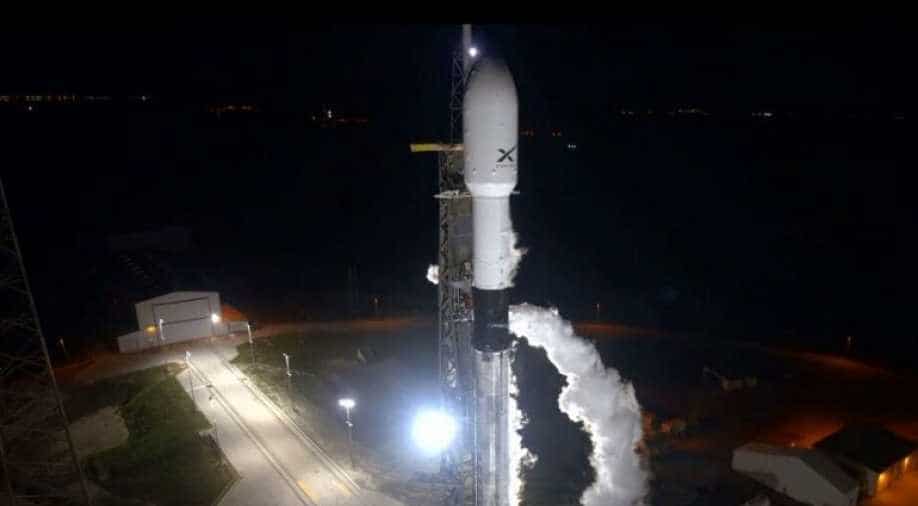 This screen grab made from handout video released by SpaceX shows a Falcon 9 rocket before its launch from Cape Canaveral, Florida, on January 6, 2020 Photograph:( AFP )

SpaceX was created by Elon Musk, the Chief Executive of Tesla. The company intends to control the internet market from space.

SpaceX today launched 60 mini-satellites into orbit, the third batch to do so, in the company's bid to build a constellation of spacecraft to facilitate the creation of a global internet system.

The satellites were launched from Cape Canaveral, Florida at 02.19 GMT. The separation from a Falcon 9 rocket was successful on the stretch between Australia and Antarctica. 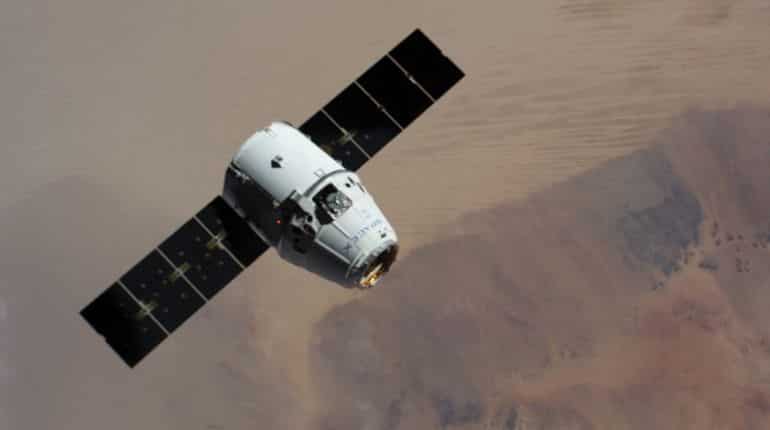 Image: This NASA photo obtained December 17, 2019 shows the SpaceX Dragon resupply ship as it approaches the International Space Station as both spacecraft orbited 257 miles above the Sahara on December 8, 2019. Courtesy: AFP

The launch was filmed by a camera on the rocket. The total number of satellites part of American company Starlink's network now stands at 180.

However, this figure could eventually shoot up to 42,000, which will result in more crowded skies.

According to the Satellite Industry Association, 21,000 satellites currently orbit the planet.

SpaceX was created by Elon Musk, the Chief Executive of Tesla. The company intends to control the internet market from space.

Other companies are also attempting to break into this new market, including OneWeb, a London-based start-up along with interest from US retailer Amazon, with ''Project Kuiper'' in the works.

Earlier, Musk asserted his will to control three to five per cent of the global internet market. This will be valued at $30 billion a year, which is roughly ten times what SpaceX earns from space launches. According to the company, this money will be renavigated into rocket and spaceship development.

SpaceX, so far, has received authorisation to launch 12,000 satellites from the US, with plans to launch 30,000 more.