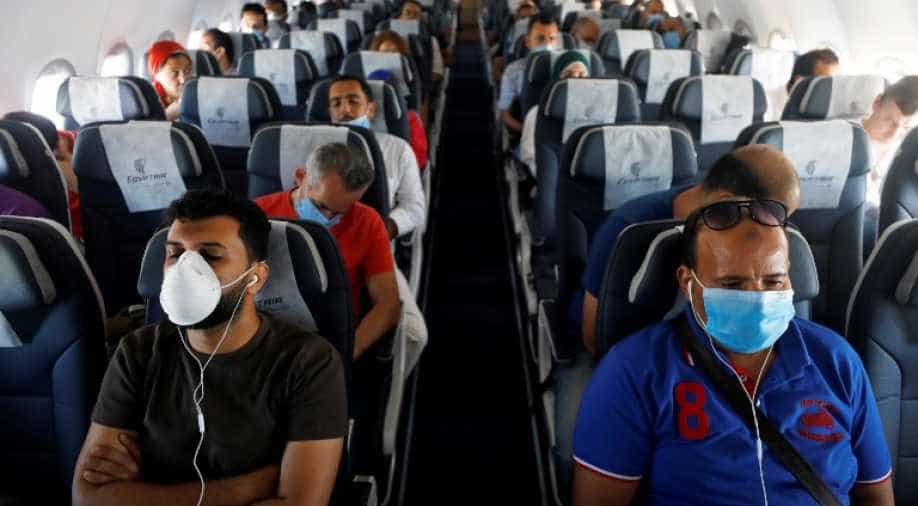 The World Health Organization on Tuesday urged travellers to wear masks on planes and keep themselves informed as COVID-19 cases surge again in some countries, prompting new restrictions in places like Australia.

Spokeswoman Margaret Harris urged people not to be caught off-guard by resurgent local epidemics and quarantine measures, saying: "If it's anywhere, it's everywhere and people travelling have to understand that."

"This virus is widespread and people have to take that very, very seriously."

The WHO said last month that it would update its travel guidelines ahead of the northern hemisphere summer holidays but they have not yet been released.

In the meantime, travellers should "remember things will change, or may well change", Harris said at a Geneva briefing.

"We're seeing a lot of upticks, a lot of changes in different countries, countries that had successfully shut down their first transmission are seeing second upticks," she added, mentioning Australia and Hong Kong.

Lockdown measures were reimposed in Australia's second biggest city on Tuesday, confining Melbourne residents to their homes unless undertaking essential business, as officials scramble to contain a coronavirus outbreak.

The WHO's previous guidance for travellers has included common-sense advice applicable to other settings such as social distancing, washing your hands and avoiding touching your eyes, nose or mouth.

Harris also proposed on Tuesday wearing a mask on planes, a measure which is already a requirement of many airlines.

"If you are flying, there is no way you can social distance in a plane, so you will need to take other precautions including using a face covering," she said.