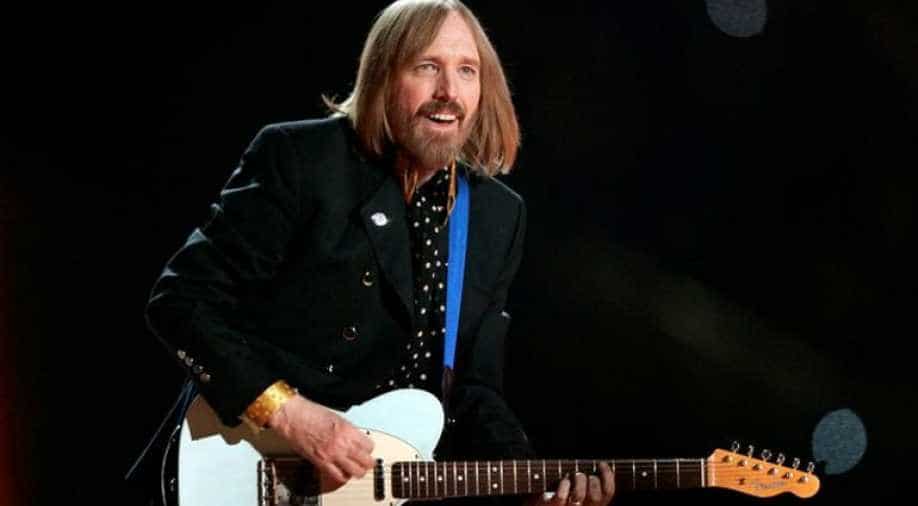 US Rocker Tom Petty died at the age of 66. Photograph:( Reuters )

Veteran rocker Tom Petty, best known for hits such as "Free Fallin'" and "American Girl," died on Monday after he was found unconscious and in cardiac arrest, his manager said. He was 66.

Petty suffered cardiac arrest at his home in Malibu early on Monday morning and was taken to UCLA Medical Center but could not be revived, his long-time manager Tony Dimitriades said in a statement.

"We are devastated to announce the untimely death of our father, husband, brother, leader and friend Tom Petty," Dimitriades said on behalf of the family.

He died peacefully at 8:40 p.m. local time (0340 GMT Tuesday) surrounded by family, his bandmates and friends.

Petty, best known for his roots-infused rock music, carved a career as a solo artist as well as with his band The Heartbreakers and as part of supergroup The Traveling Wilburys.

Petty and The Heartbreakers embarked on a 40th-anniversary tour of the United States this year and last played three dates in late September at the Hollywood Bowl in Los Angeles. The band was scheduled to perform two dates in New York in November.

Petty formed The Heartbreakers in the mid-1970s, but it wasn't until the band's third album "Damn the Torpedoes" in 1979 that their music really took off, with hits such as "Refugee" and "Don't Do Me Like That."

Petty and the Heartbreakers were inducted into the Rock and Roll Hall of Fame in 2002 when they were described by organizers as "the quintessential American individualists," capturing the voice of the American everyman.

Petty also co-founded the 1980s supergroup The Traveling Wilburys with Bob Dylan, Roy Orbison, George Harrison and Jeff Lynne, penning hits such as "End of the Line" and "She's My Baby."

Dylan called his death "shocking, crushing news" in a statement to Rolling Stone magazine on Monday. He said Petty was "a great performer, full of the light, a friend, and I'll never forget him."

Florida-born Petty caught the rock'n'roll bug after he was introduced by his uncle to Elvis Presley, who was shooting the picture "Follow That Dream" on location in Florida in 1960.

He has said he began working on music in earnest after seeing the Beatles on "The Ed Sullivan Show" in February 1964.

A 2015 biography of the singer, "Petty: The Biography," revealed for the first time the rocker's heroin addiction in the 1990s.

Author Warren Zanes said in an interview with The Washington Post Petty had succumbed to the drug because he "had had encounters with people who did heroin, and he hit a point in his life when he did not know what to do with the pain he was feeling."

Petty also suffered from depression, channelling his pain into 1999s "Echo," during which he was also dealing with a divorce. In 2002, he married Dana York and told Reuters that he had been in therapy for six years to deal with depression.

"It's a funny disease because it takes you a long time to really come to terms with the fact that you're sick - medically sick, you're not just suddenly going out of your mind," he said at the time.