US to expand scope of program to return migrants to Mexico: Department of Homeland Security 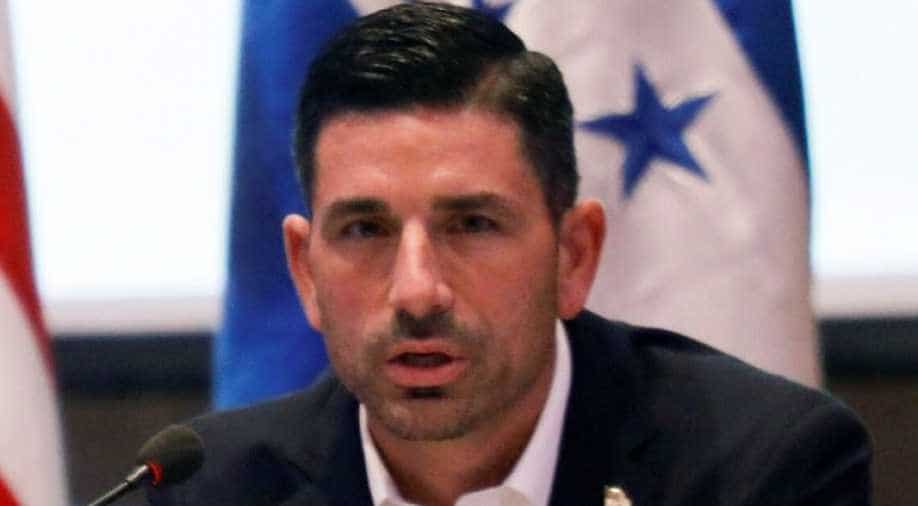 Mexico’s asylum agency, known as COMAR, said on Wednesday that it had received 66,915 applications for asylum in 2019, up nearly 126 per cent from the previous year.

The United States will expand the scope of a program that returns non-Mexican migrants crossing Mexico's border to that country to await their US court hearings, the Department of Homeland Security said on Thursday.

Washington already has sent more than 56,000 migrants to Mexico under the program, known as the Migrant Protection Protocols (MPP). The majority have been Central Americans applying for US asylum.

The effort — which had been implemented over the past year at ports of entry in Texas and California — will be applied at a port of entry south of Tucson, Ariz. Previously, migrants encountered in that area had been sent to El Paso, Texas, to process their return to Mexico.

US President Donald Trump has made immigration enforcement a major focus of his first term in office and has continued to press the issue in the run-up to the 2020 presidential election.

Acting DHS Secretary Chad Wolf said in a written statement on Thursday that the MPP program has been "an extremely effective tool" for the United States.

Advocates counter that the initiative exposes migrants to violence in Mexico and restricts their ability to seek protection in the United States. The US consulate in Mexico’s border city of Nuevo Laredo issued a security alert on Wednesday, warning against gun battles and urging government employees to take precautions.

Mexico’s asylum agency, known as COMAR, said on Wednesday that it had received 66,915 applications for asylum in 2019, up nearly 126 per cent from the previous year.

The agency has struggled to process the crush of applications with limited resources. COMAR received 20 million pesos ($1.05 million) in funding from the Mexican government in 2019, the lowest sum in seven years.

In December, US border authorities expanded a separate program to process asylum cases rapidly to the Rio Grande Valley in Texas, according to CBS News. The programme, known as Prompt Asylum Claim Review (PACR), had been launched months earlier as a pilot in the El Paso area.

US authorities have not specified the criteria to place migrants in a growing array of border programs, which include MPP, PACR and another initiative that sends asylum seekers from Honduras and El Salvador to request protection in Guatemala.

Rodney Scott, acting deputy chief of the US Border Patrol, told reporters in December that the factors "change on a daily basis" but are determined in coordination with the receiving countries.