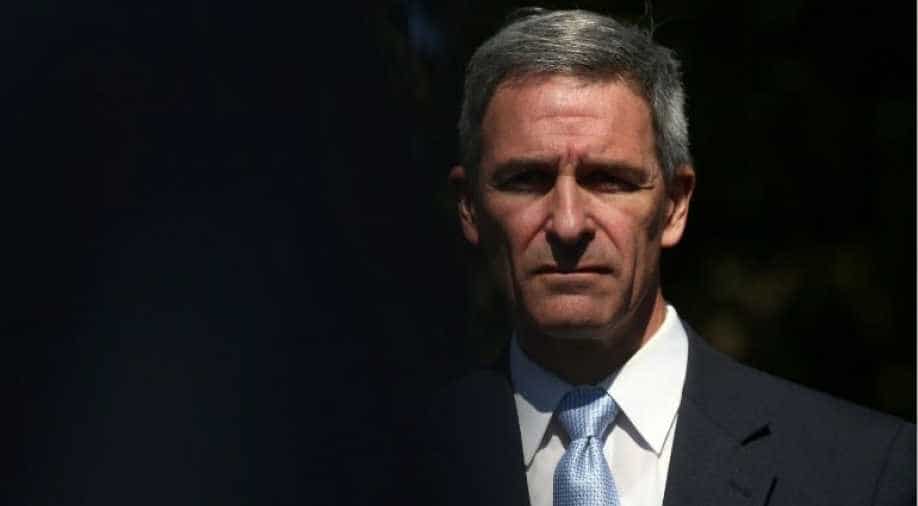 The personnel changes came as Trump has made immigration a central part of his 2020 reelection campaign.

The Trump administration named immigration hawk Ken Cuccinelli to the No. 2 position at the Department of Homeland Security on Wednesday, the same day it installed an acting secretary who became the agency's fifth leader in three years.

Chad Wolf told department staff in an email he had been sworn in as acting secretary, and that Cuccinelli would become acting deputy.

The Republican-controlled Senate confirmed Wolf earlier in the day as undersecretary for strategy, policy and plans, a procedural move that allowed the administration to move him into the secretary position on a temporary basis.

Wolf, previously chief of staff to former Secretary Kirstjen Nielsen, will be the fifth official to lead DHS under Trump. He will replace outgoing acting Secretary Kevin McAleenan, whose resignation Trump announced in October.

The personnel changes came as Trump has made immigration a central part of his 2020 reelection campaign. The Republican president has railed against illegal immigration, a stance at odds with the Democratic candidates.

Cuccinelli joined the administration in June as acting director of US Citizenship and Immigration Services. Under his leadership, the agency proposed a range of regulatory changes to toughen the asylum process and other aspects of the legal immigration system.

Wolf praised Cuccinelli in his email, calling him "a constant and vocal advocate" for department employees.

The US Representative Bennie Thompson, the top Democrat on the House Homeland Security Committee, criticized Wolf's appointment and argued that the best candidates would not agree to work with White House senior adviser Stephen Miller, Trump's leading aide on immigration.

"There are people in government who could help run the department temporarily, but when the job requirements include being a yes-man to the president and having Stephen Miller's stamp of approval, no one qualified wants the job," Thompson said.

Republican Sen. Ron Johnson, chairman of the Senate Homeland Security and Governmental Affairs Committee, said on the Senate floor on Tuesday that he trusted Wolf would do an "admirable job" if asked to serve as acting secretary.

Acting Customs and Border Protection Commissioner Mark Morgan, another immigration hardliner, has been considered as a possible nominee for the job on a permanent basis, according to two former Trump administration officials who spoke on condition of anonymity.