US city of Minneapolis reopens intersection where George Floyd was killed 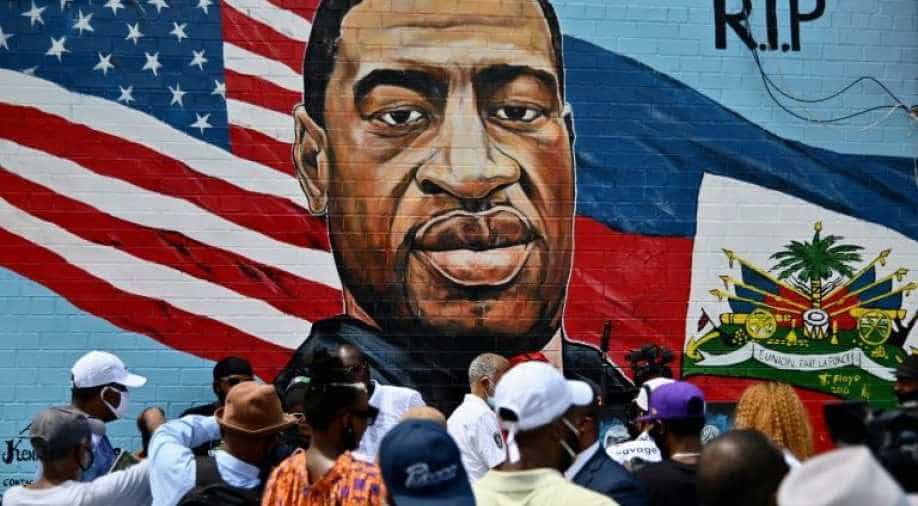 The city of Minneapolis on Thursday began reopening the intersection where George Floyd died, which became a memorial to the African American whose killing sparked a racial reckoning but has also been marred by violence.

City workers arrived before daybreak to remove concrete barriers blocking access to the intersection where the 46-year-old was killed by a white police officer who knelt on his neck for more than nine minutes on May 25, 2020.

They installed signs to create a roundabout encircling a statue of a huge raised fist erected in the center of what has been renamed "George Floyd Square."

For more than a year, equal rights activists have occupied the square, tying its reopening to the adoption of police reforms. A local residents association was on hand Thursday to defuse tensions with them as the city workers moved in.

The site has become a symbol of the fractures caused by racism and the oppression of Black people across the United States, and is illustrated with numerous murals, and community garden and other installations.

But it has also become a dangerous zone where the police are not welcome.

Shootings are frequent, especially at night, and have resulted in a dozen deaths or injuries in the area in a year, according to law enforcement.

Police are not involved in the operation to reopen the intersection, a spokesman told AFP.

And the city is "taking great care to preserve artwork and artifacts" there, added a city council representative, Sarah McKenzie.

Authorities have long wanted to reopen the intersection but had been waiting for a conclusion in the trial of white police officer Derek Chauvin, who in April was convicted of killing Floyd.

To help the neighborhood bounce back, the Floyd family plans to invest $500,000 out of the $27 million they won in a wrongful death settlement against the city in local economic and cultural groups.