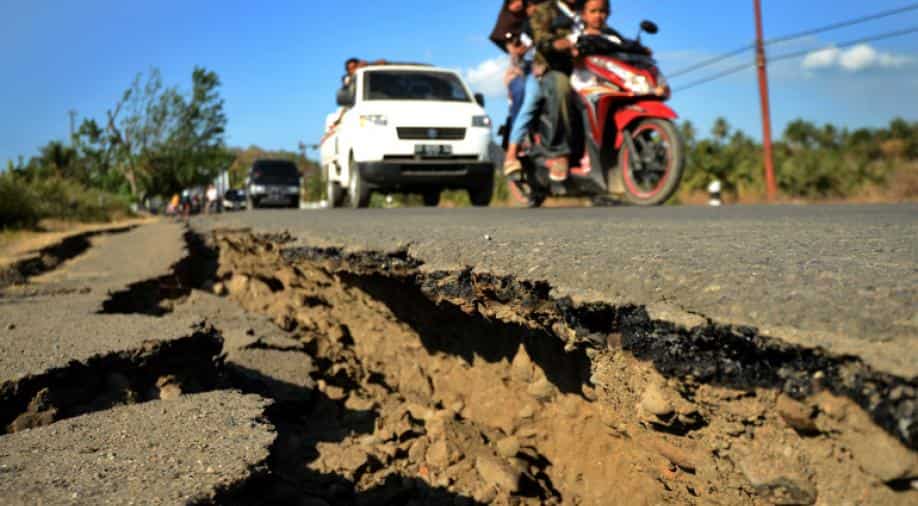 There were no reports of casualties and no tsunami warning issued by the Hawaii-based Pacific Tsunami Warning Center or the Indonesian quake monitoring agency.

An undersea earthquake with a magnitude of 6.1 struck south of Indonesia's Bali on Tuesday, the European earthquake monitoring agency EMSC said, causing minor damage and prompting residents and visitors on the tourist island to briefly flee buildings.

There were no reports of casualties and no tsunami warning issued by the Hawaii-based Pacific Tsunami Warning Center or the Indonesian quake monitoring agency.

The US Geological Survey recorded the quake with a preliminary magnitude of 5.7.

One resident said people in Denpasar ran out of their boarding house in pyjamas after feeling the quake.

A Twitter user with the handle Indounik in the city of Ubud on Bali said the quake was "strong enough to make me adopt the drop, cover & hold approach recommended to survive a quake".

Another Twitter user, Marc van Voorst, described the quake as feeing like "a heavy truck or a train passing by at close range". He said there was no panic, even though his hotel in the Uluwatu area shook quite a bit.

Indonesia's disaster mitigation agency distributed a photograph of damage at the Lokanatha temple in Denpasar, showing smashed masonry lying on the ground. Bali is a predominantly Hindu enclave in overwhelmingly Muslim Indonesia.

Luis Winarto, a sales administrator at the Mercure Hotel Nusa Dua, said by telephone a small part of the building's roof had been damaged.

"We felt the quake quite strongly...but thankfully no one was hurt and there was only minor damage," he said.

"Everything has gone back to normal now."

There was also minor damage at a school, a house and a temple in different areas on the southern side of Bali, according to online portal Balipost.com.

The quake could also be felt in other cities on the neighbouring islands of Lombok and Java, Indonesia's meteorology and geophysics agency said in a statement.

A roof of a mosque in the city of Banyuwangi in East Java also partially collapsed, another photo from the disaster mitigation agency showed.

Its Moluccas islands were hit by a powerful 7.2 quake on Sunday that killed at least two people and prompted hundreds to flee their homes.

The most devastating tremor in recent Indonesian history was on Dec. 26, 2004, when a magnitude 9.5 quake triggered a tsunami that killed around 226,000 people along the shorelines of the Indian Ocean, including more than 126,000 in Indonesia.