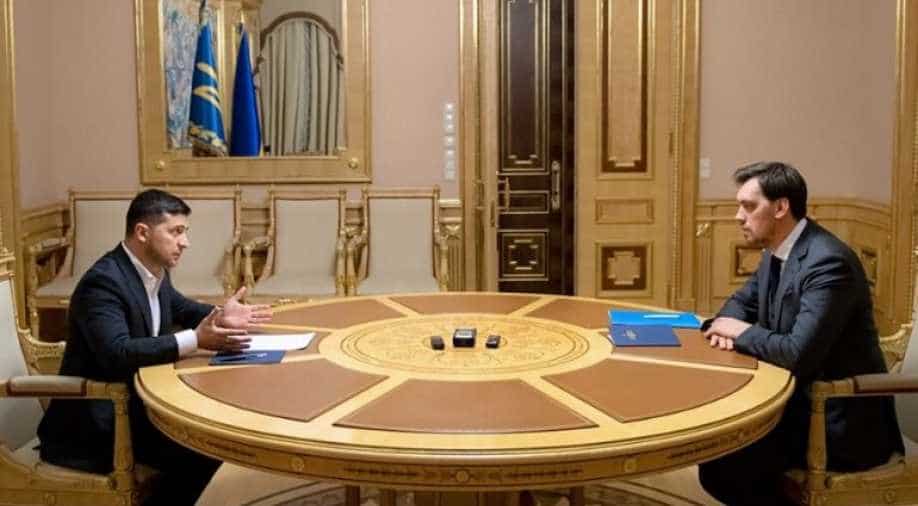 Ukraine President Volodymyr Zelensky said Friday he wanted to give his prime minister a "second chance" and refused to accept his resignation after a recording emerged of the premier questioning the head of state's grasp of economics.

Prime Minister Oleksiy Goncharuk had offered to quit after the leaked recording revealed him saying the president had a "primitive understanding" of the economy.

"I have decided to give you and your government a second chance," Zelensky said during a meeting with Goncharuk in a video released by the presidency.

It marked the first major political test for Zelensky, a comedian with no previous political experience, who swept to power in a landslide victory at last year's presidential election.

His "Servant of the People" party later won a large majority in parliament.

He has been embroiled in the US impeachment process and faced tough talks with Russian President Vladimir Putin, but had thus far managed to avoid any significant domestic political problems.

The audio recording was leaked on social media on Wednesday and came from an informal December meeting between ministers and senior officials from the National Bank.

According to local media reports, the participants discussed how to explain recent economic developments to Zelensky.

"Zelensky has a very primitive understanding of economic processes, or rather a simple understanding," Goncharuk said on the recording, adding that he himself was an economic "ignoramus".

After initially denying reports he would step down, Goncharuk announced on his official Facebook page on Friday that he had offered to resign.

"To remove any doubts about our respect for and trust in the president, I have written a resignation letter," wrote Goncharuk. 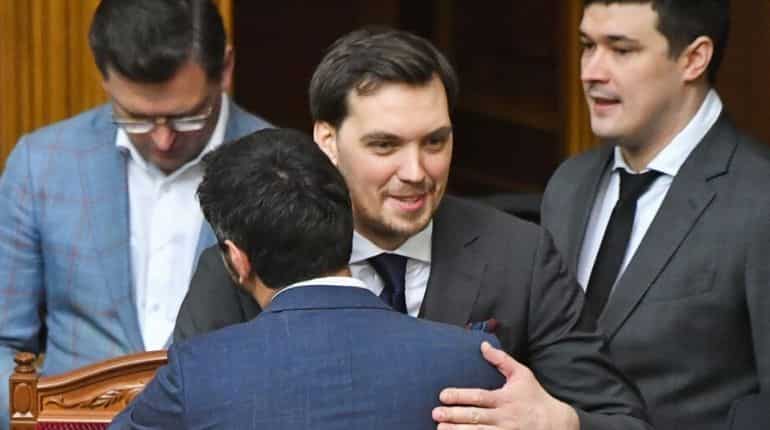 In the video released by the presidency, Zelensky did not mention the leaked comments but did refer to "a scandal" and "a very unpleasant situation".

He urged the prime minister to "improve the cooperation with parliament and to optimise the salaries of government officials".

The payment of large bonuses to officials has caused a scandal in recent weeks in the former Soviet republic, one of the poorest countries in Europe.

"Such wages cannot occur in Ukraine with the current state of the economy," Zelensky said in the video, which depicted a round-table meeting with Goncharuk in an ornate, gilded room.

Goncharuk thanked the president for his confidence, admitting a "shortcoming in the work" of the government.

Before Zelensky rejected the resignation offer, several analysts were sceptical he would ever accept.

"It looks like theatre... in which Zelensky plays the role of a good tsar" by refusing the offer, said analyst Anatoliy Oktysiuk of Democracy House in Kiev.

He said the crisis likely reflected an internal struggle for influence over the new president. 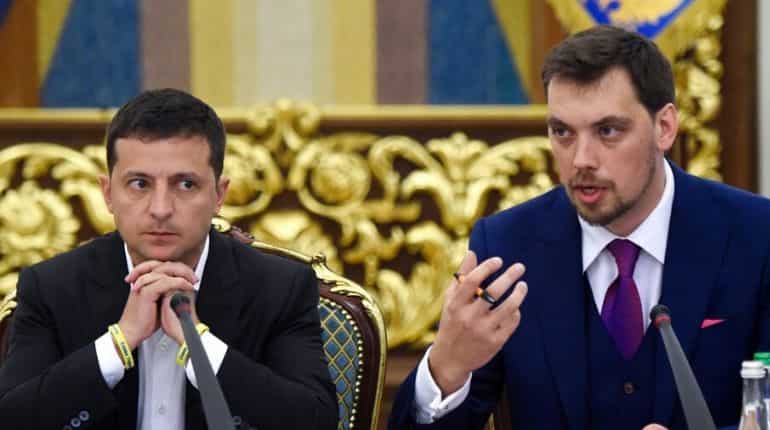 Image: In this file photo taken on September 02, 2019 Ukrainian President Volodymyr Zelensky (L) listens as the Prime Minister Oleksiy Goncharuk speaks during a meeting with the new members of the government and new president of Parliament, in Kiev | AFP

Goncharuk, 35, became Ukraine's youngest-ever prime minister after Zelensky nominated him in August, part of a team of fresh faces he promised would shake up the stagnant political scene.

The lawyer was tasked with helping to revive an economy hit hard by corruption and Ukraine's five-year conflict with Moscow-backed separatists in the east.

Considered a supporter of liberal economic reforms, Goncharuk had co-founded a law firm at the age of 24 and managed an EU-funded NGO to improve the business environment in Ukraine.

Timothy Ash, a London-based economist and expert on Ukraine, said accepting the resignation would have sent "a very negative message to reformers".

"This is an important test of Zelensky's reform credentials," he said.

The hiring and firing of prime ministers is the formal remit of the parliament and some criticised Goncharuk for sending his letter directly to the president.

Zelensky came to power promising sweeping change and has since taken several steps to resolve the separatist conflict, including prisoner exchanges and a landmark meeting with Putin in Paris last month.

But critics have accused him of doing little so far to boost the economy or tackle endemic corruption.