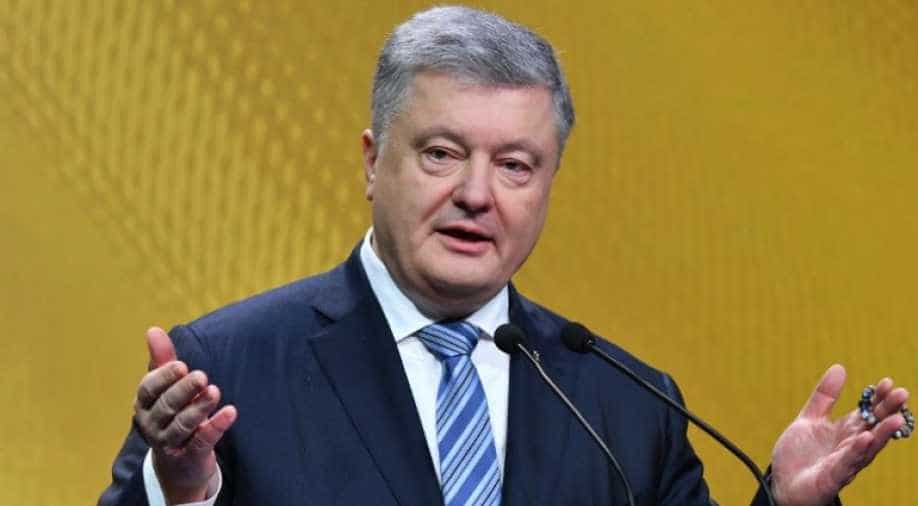 The move to impose martial law came after Poroshenko warned of a build-up of Russian forces near Ukraine's borders, escalating the most dangerous crisis in years between the ex-Soviet neighbours.

Ukrainian President Petro Poroshenko on Wednesday announced the end of a martial law in the country's border regions, which was introduced last month after Russia's seizure of three of Kiev's navy vessels in the Sea of Azov.

The president said he had reached the decision "based on analysis of all the components of the security situation in the country".

The move to impose martial law came after Poroshenko warned of a build-up of Russian forces near Ukraine's borders, escalating the most dangerous crisis in years between the ex-Soviet neighbours.

Russian border patrol boats fired on, boarded and seized the three Ukrainian vessels, along with 24 sailors, in November off the coast of Crimea. The sailors are still being held in detention by Russian authorities.

Western governments accused Russia of acting illegally and US President Donald Trump cancelled a meeting with Russian leader Vladimir Putin at the G20 summit in Buenos Aires over the incident.

"The support and concrete actions of our international partners -- their pressure on the Kremlin combined with a martial law -- have stopped the worst scenario that the Russian Federation planned," Poroshenko said.

The martial law was imposed in 10 regions that adjoin either Russia's borders or areas controlled by Moscow-backed separatists, as well as along the coast of the Sea of Azov and the Black Sea.

Ukrainian armed forces were put on full combat readiness and replenished at the expense of the first-stage reserves.

The entry was restricted for about 1,650 male citizens of Russia since November 30, the border service said Wednesday.

Relations between Moscow and Kiev have deteriorated since a pro-Western government came to power after the 2014 revolt against a pro-Russian leader, Moscow's annexation of the Crimea and the outbreak of war in eastern Ukraine.

The conflict pitting pro-Russian separatists against Ukrainian government forces is estimated to have claimed more than 10,000 lives.

After a maritime conflict with Moscow in the Black Sea in late November, Poroshenko accused Russia of having sharply raised its military presence on the border, with Ukraine warning of the threat of "full-scale war."

On Wednesday Ukrainian president announced the new sanctions against those involved in the aggression against Ukrainian ships.

Poroshenko said a draft decision on the application of sanctions was included in the agenda of the meeting.

"As we see the political support and participation of the State Duma in this process, a large number of State Duma deputies are included in the sanction list," he stated, referring to the Russian parliament.

Poroshenko also said that one of the reasons to end the martial law was the presidential election that is scheduled for March 31.

Campaigning and elections are banned under martial law, he explained.

Previously critics attacked the acting president, saying that he used the incident in the Sea of Azov and the martial law to improve his ratings.