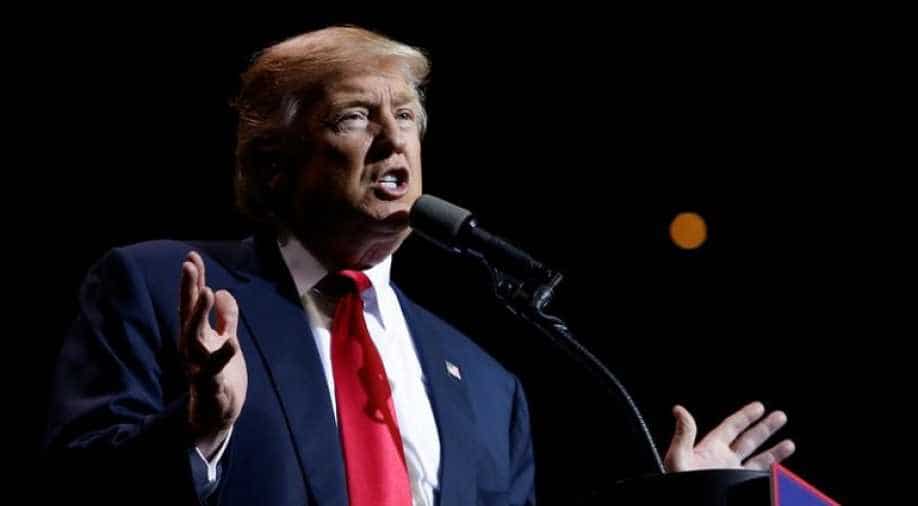 Donald Trump on Wednesday selected a political ally with close ties to China as ambassador to Beijing, stressed his determination to create US jobs and revealed he consulted with Barack Obama on his cabinet picks.

The Republican's election victory shocked the US establishment and alarmed the world, which is now waiting with bated breath to see if the political novice will follow through on a slew of threats to tear up free trade agreements, abandon treaties and punish American companies relocating jobs overseas.

He antagonised China last week by taking a protocol-busting telephone call from the leader of Taiwan, and then railed against Beijing for alleged currency manipulation, unfair taxes and militarizing the South China Sea.

Beijing, which considers Taiwan part of its territory, on Wednesday urged Washington to block President Tsai Ing-wen from passing through the United States after reports said she may stop in New York to meet the Trump team.

But on Wednesday, Trump dangled potentially welcome news for Beijing: his pick of Iowa Governor Terry Branstad, who has close ties to Chinese President Xi Jinping dating back to the mid-1980s, as ambassador to China.

"Governor Branstad's decades of experience in public service and long-time relationship with President Xi Jinping and other Chinese leaders make him the ideal choice to serve as America's Ambassador to China," Trump said.

Upon reports of Branstad's nomination, China called him an "old friend."

Trump has pledged to create jobs by commissioning giant infrastructure projects to overhaul America's ailing roads, bridges, tunnels and airports, and by slashing corporate tax rates in an attempt to drive investment.

Jobs war
"We have to look at it almost as a war," he told supporters on Tuesday in Fayetteville, North Carolina on the second leg of an unorthodox victory tour of key swing states that propelled him into office.

Trump boasted of securing a $50 billion Japanese investment from SoftBank to create 50,000 American jobs and his intervention last week to save hundreds of manufacturing jobs from leaving Indiana for Mexico.

In an interview with Time, published to mark his accolade as the magazine's "person of 2016," Trump said he also asked Apple to build a plant in the United States. The bulk of the company's products are assembled overseas.

Trump has also threatened to cancel a massive contract for two new Air Force One jets, one of the most glittering assets of the US presidency, in an apparent drive to cut back on government spending.

"If we don't get the prices down, we're not going to order them," Trump told NBC, saying that he had spoken to Boeing about the order Tuesday.

The billionaire has spent most of his time since winning the election ensconced in his Trump Tower headquarters building his cabinet.

On Wednesday he nominated wrestling magnate Linda McMahon, 68, to his cabinet to head up the Small Business Administration -- nine years after he body-slammed her billionaire husband Vince and shaved his head at a wrestling match.

US media reported that he had also selected his third former general -- John Kelly to run homeland security -- and Oklahoma Attorney General Scott Pruitt to head the Environmental Protection Agency, sparking a furious backlash from Democrats who warned the fossil fuel ally was a danger to the environment.

Trump senior aide Kellyanne Conway told reporters Wednesday she could not confirm or deny Kelly's nomination but called him qualified for the job. While not confirming Pruitt's appointment outright, she responded to criticism of the pick by stating that he had "great qualifications and a good record as AG of Oklahoma."

He told NBC that former arch Republican critic Mitt Romney was still in the running, but also emphasised the merits of Exxon CEO Rex Tillerson, whose name has reportedly been added to the prospective list.

The president-elect told NBC he was "fairly close" to a decision and expected to make an announcement on the position next week.

Time named Trump as its "person of 2016" for his stunning electoral upset win over Hillary Clinton, which empowered a frustrated electorate, but warned that the election had left behind a deeply divided country.

Trump denied that the division was his fault and told NBC that he "really liked" Obama, had "really good chemistry" with him and even discussed some of his possible appointments with the outgoing Democratic president.

It was a stunning about-face from a billionaire who spent years criticizing Obama, and who was instrumental in the so-called "birther" movement that questioned whether the first black president was born in the United States.

"The president is pleased that he can play a role in ensuring a smooth and effective transition," Josh Earnest told reporters.