Trump, Netanyahu speak by phone amid controversy over intel sharing with Russia 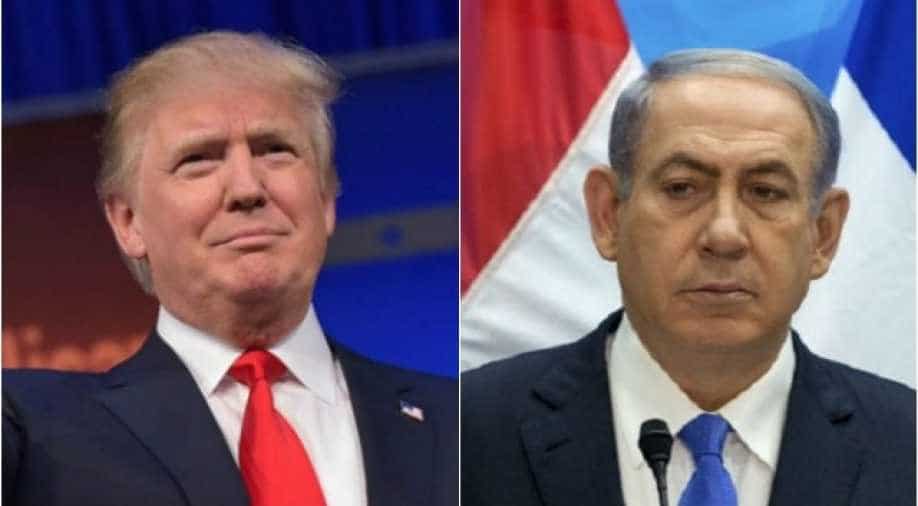 A spokesman in Benjamin Netanyahu's (R) office confirmed the phone call took place on Tuesday afternoon but did not say who initiated it. This comes as Donald Trump is set visit Isreal next week. Photograph:( DNA )

Donald Trump and Israeli Prime Minister Benjamin Netanyahu have spoken by phone, a spokesman said Wednesday, as controversy brewed over the US president's sharing of intelligence with Russia that came from Israel.

A spokesman in Netanyahu's office confirmed the phone call took place on Tuesday afternoon but did not say who initiated it.

Trump is due to visit Israel next week.

"There was a call yesterday between the president and prime minister for about 20 minutes," the spokesman said. "The only topic discussed was the upcoming visit."

Israel meanwhile sought to contain fallout from Trump's sharing of its intelligence with Russia, while not commenting directly on the move.

Israeli Defence Minister Avigdor Lieberman lauded security ties between the United States and his country, saying it would continue to be "unprecedented" in scope.

But he made no mention of Trump divulging intelligence to Russia that a US administration official said had originally come from Israel.

The United States is Israel's most important ally, providing it with more than $3 billion in defence aid each year.

The Washington Post reported late Monday that Trump revealed what it said was highly classified information on the Islamic State group (IS) during a meeting last week with Russian Foreign Minister Sergei Lavrov and Moscow's Washington ambassador Sergey Kislyak.

It said that Trump told Lavrov about a specific IS bomb threat.

A US administration official confirmed to AFP on condition of anonymity that the original intelligence came from Israel, which was initially reported by the New York Times.